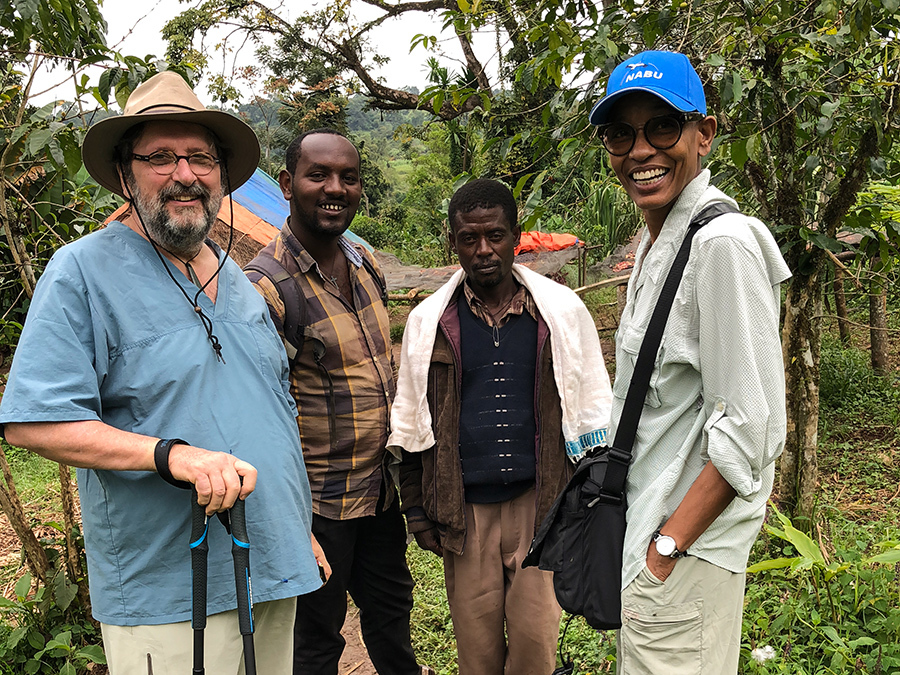 On our first visit to Ethiopia in 2016, Philippe and I spent an entire week in Bonga, a small town in the south-western province of Keffa, birthplace of over 5,000 varieties of world-famous Arabica coffee. We were sourcing amazing Korarima and Timiz (grown in the buffer zone between town and the legendary cloud forest).

That visit was our introduction to the flavourful herbs and spices of the region. So in 2018, we accepted an invitation from a German NGO, NABU, to return to Bonga for a series of guided tours to small, family-owned herbal gardens and spice plantations. We were among a group of fifteen or so like-minded seekers of herbs, honey, coffee and spices – all available in the “Kafa Biosphere Reserve”.

The tour began smoothly enough as our group was transported to various farms by our NABU hosts. However, the last scheduled visit of the day, we sensed some agitation among a small crowd gathered in the street. There was an obvious malaise among the young men who had congregated, which itself was not alarming ... except for the man toting an AK 47 rifle! 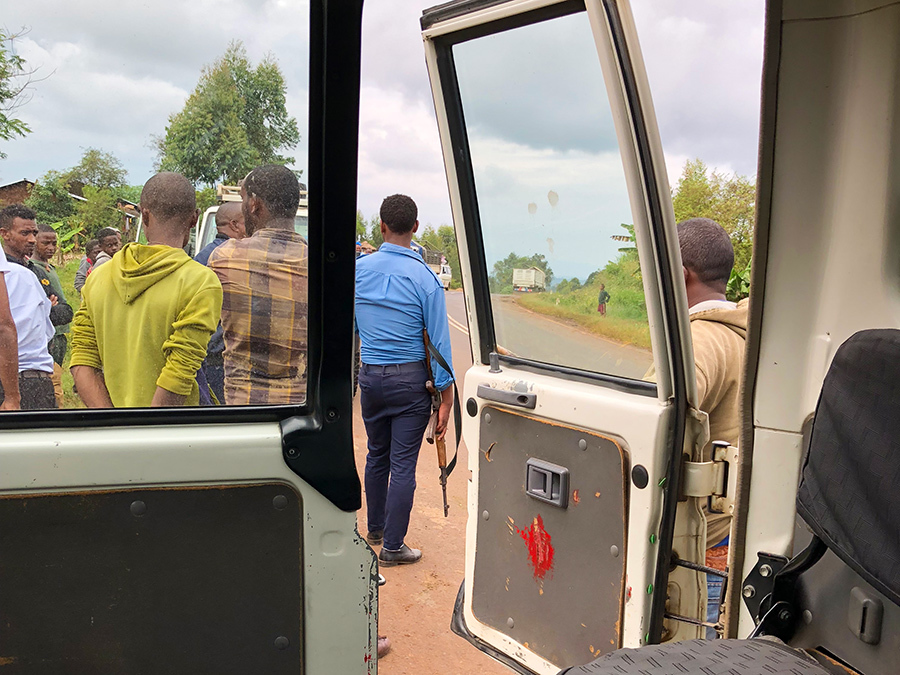 The Keffa kafuffle occurred when a scheduled celebration to be held in Bonga was inexplicably moved to neighbouring Jimma for political considerations. The citizens of Bonga felt they had been deceived and their anger grew. Within half an hour of the perceived slight, the only road through the heart of the town was blocked by trees, boulders and whatever debris the protesters got their hands on.

We undertook the 7 km walk back to our guest house under an incessant twilight drizzle as we trudged along with other abandoned passengers. We had no idea how long the stand-off would last but were assured by blaring loudspeakers that the government in Addis Ababa, a mere 460 km away, should soon formally apologize, which would make things right again. 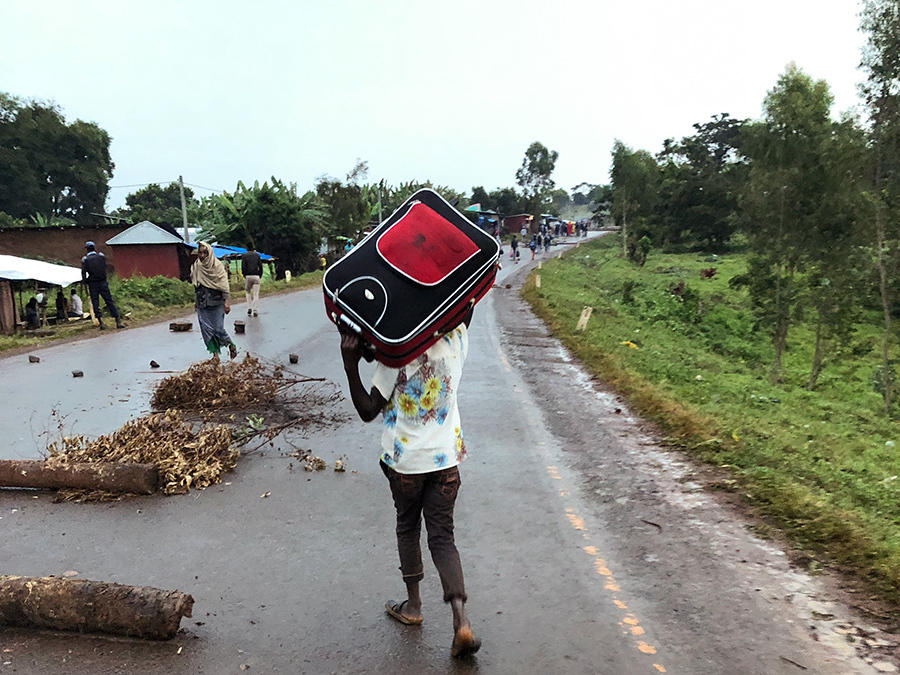 Fellow passengers during the "hike"

Ethiopian coffee is indeed unique and worth fighting for, but getting caught in the crosshairs of the Keffa vs. Jimma coffee conundrum was challenging. We arrived at our guest house three hours after setting off and did what most victims in similar circumstances would do: we invited our tired, hungry companions to our quarters and cracked open an emergency flask of 25-year old Scotch, uncorked a Sancho-infused Japanese gin (thanks Frankfurt airport duty free), and broke out a stash of cashews and cookies to celebrate our safety and solidarity. 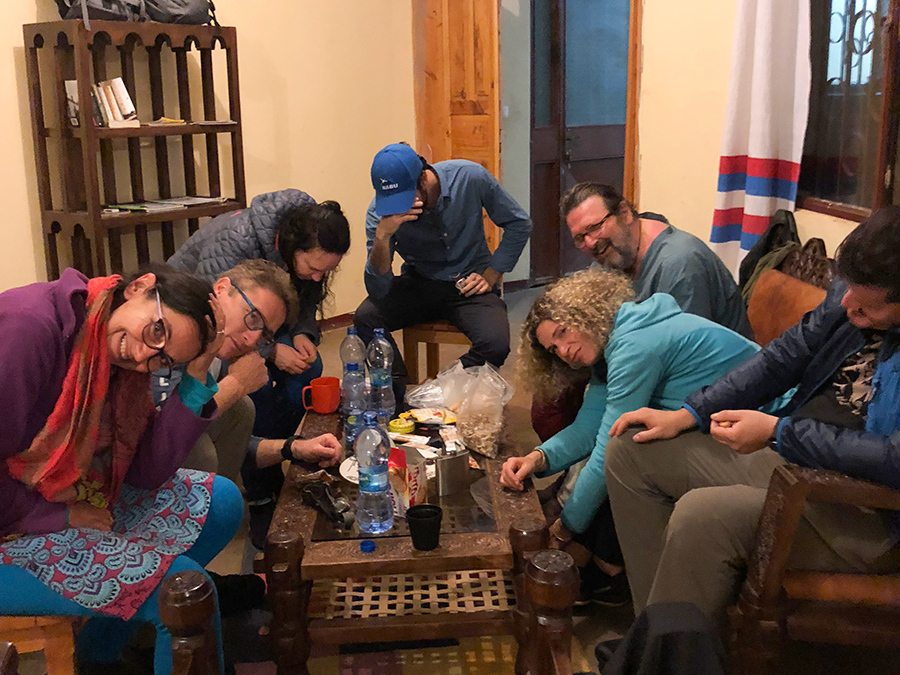 The Bonga impasse lasted for three days, during which time food supplies, patience and good humour began to slowly dwindle. Rumours, from a looming military rescue, to potential retaliation by the growing, chanting masses of disgruntled protesters circulated, but neither was true. Therefore, when we heard of a possible evacuation from Bonga by helicopter, we assumed it was yet another fantasy lifted from a bad Hollywood script about restless natives and/or imminent cannibalism.

It was only when the first group of 5 colleagues was successfully air-lifted from the field adjacent to the guest house, that we began to cautiously entertain the idea that maybe we too could be evacuated and flown to Jimma to catch a connecting flight to Addis Ababa – which had already been canceled and rescheduled three times!

Boarding the helicopter was nerve-racking, because of the pent-up anxiety so carefully curated over the previous three days. Our trepidation was palpable and exacerbated by the ever-growing crowds of villagers anxious to bear witness to the spectacle of fleeing “faranjis” or foreigners from their remote, mountain village.

Ethné lending a helping hand to a friend boarding the helicopter.

Twenty minutes after take-off we landed safely in Jimma’s airport and were finally able to make our connection to Addis.

With the Bonga debacle finally behind us and with Bereket again at our sides, we’re optimistically again on track to receive the prized Bonga spices from Asafa, the farmer who thankfully grows very little coffee and as far as we know, has no connections to Jimma. 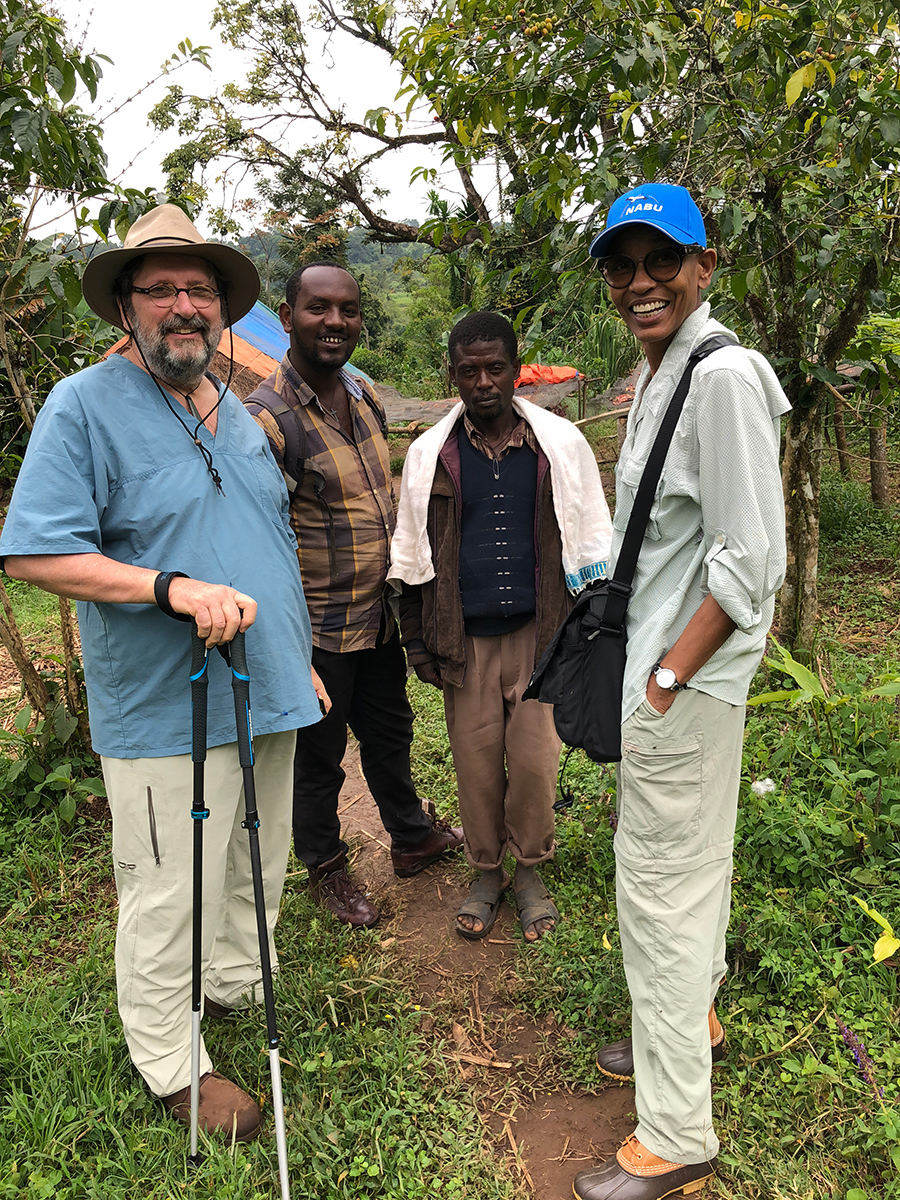