Beyond Espelette Pepper: Our Newfound Gorria 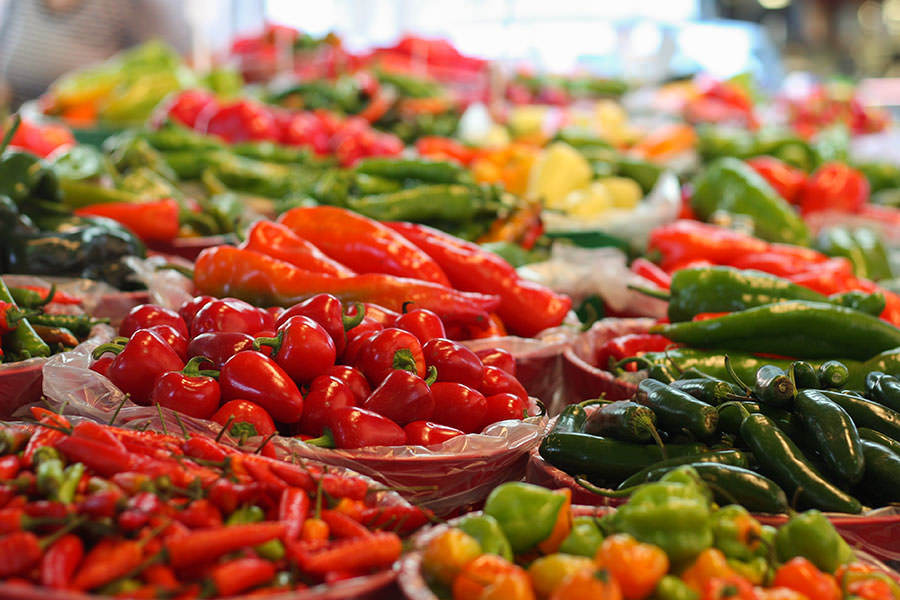 The great stuff of spice hunting generally happens on unknown terrain and, more often than not, on foreign soil. Unearthing a truly exceptional spice usually goes like this: many hours on the road (when there is a road!), near some unknown lake, on the steep side of the mountain, winding our way to the bottom of a valley. But it also happens, as we’ve learned with time, that we get incredible finds a lot closer to home than we might have thought.

For a good dozen years or so, Espelette pepper has been turning up in the kitchens of Québec. Each week, a number of clients come into the shop looking for the famous pepper- often because it’s called for in a recipe they want to try. There are so many kinds of peppers cultivated around the world, why does this one attract so much attention? 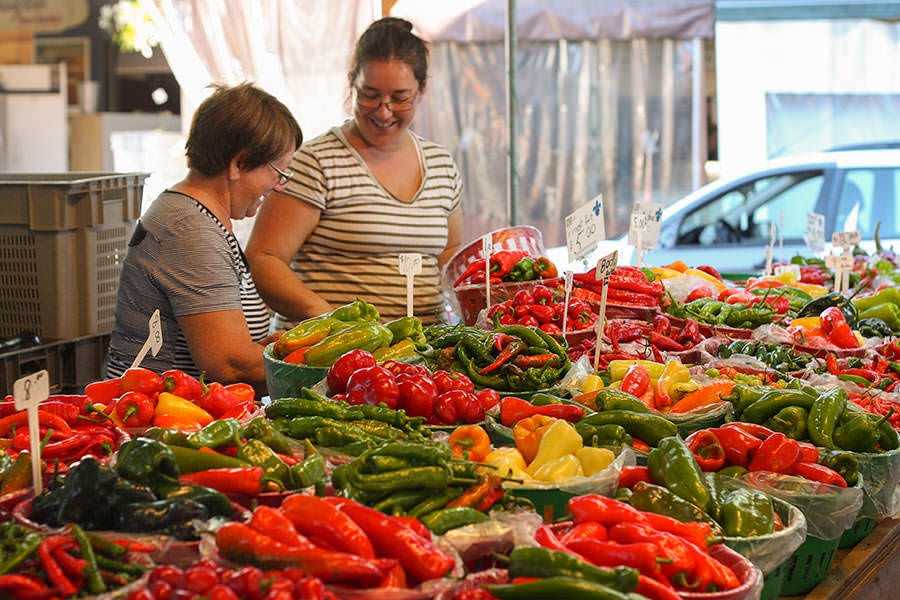 If you asked one of us in our shop at the Jean-Talon market, we would agree without hesitation that the Québecois are more interested in peppers in general. That would explain, in part, why we find the Espelette pepper in so many cookbooks and on so many cooking shows here.

What you need to know is that Espelette pepper has been under the Protected Designation of Origin (PDO) since 2008. It’s made from a pepper varietal known as Gorria, which is cultivated in the Basque countries, in a region of France called Espelette (hence the name). Pepper consumption in France is still quite low, as is the culture surrounding it. France has a great reputation in all things gastronomical, and it could be said that this notoriety contributes greatly to the recent Espelette craze.

In the PDO protected terroir, the Basque pepper is cultivated, harvested, and dried according to traditional methods, which have benefitted greatly from the savoir-faire of the region’s inhabitants. Of course, Basque cuisine calls for profuse amounts of the pepper. Its sweetness and fruity aromas allow it to be used as a finishing spice and its often served with fish, mussels, omelettes, meat and poultry dishes (like the famous Basque chicken) and charcuterie. Its an all-purpose pepper that pairs nicely with a number of dishes and poses little risk of offending the palates of people less accustomed to hot food. 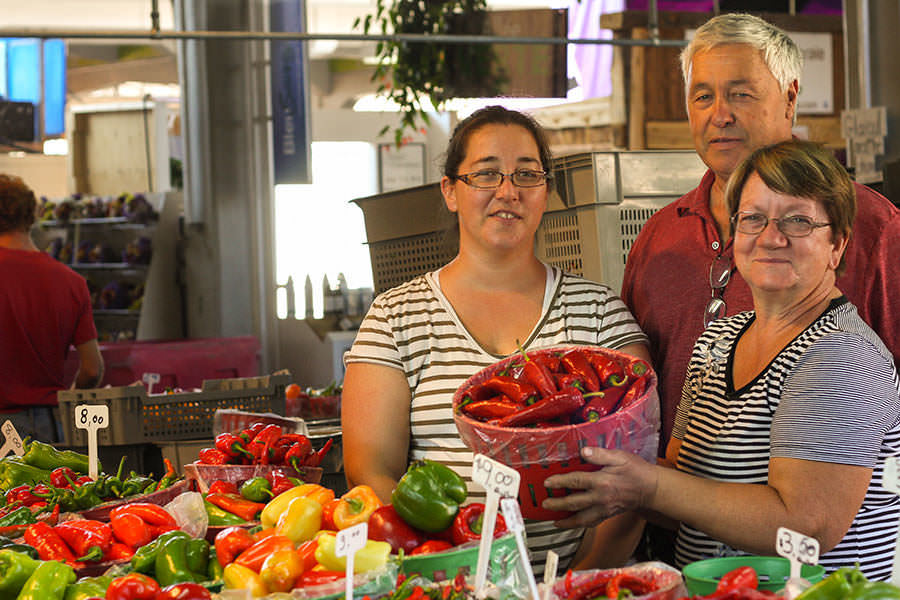 Now that so much is known about piment d’Espelette, the Gorria pepper is cultivated in different regions in the world. Some growers in Québec are obtaining intriguing results. And so, our neighbours at the market, Victoire and Michel Palardy, have started offering the Basque pepper in their stalls- among their many other colourful chiles- and absolutely charmed us with their product. Philippe has long been in love with the Palardy’s vegetables: “The Palardys are kind and discreet, and let the products speak for themselves. It’s clear they give a lot of attention to what they harvest, evidenced by their superb selection of herbs, fruit, and vegetables. They are, for us, truly authentic traditional Quebec cultivators.” 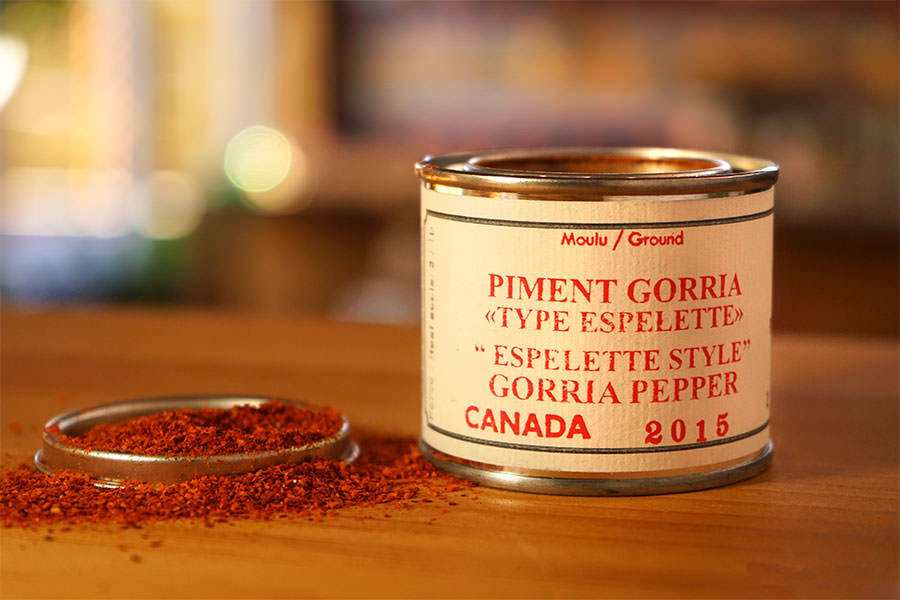 We are, therefore, deeply gratified to add the Palardy’s Gorria pepper to our selection this year. We are very proud to tell our customers who are looking for the famous Espelette pepper that we have a North American original, grown in Sainte-Madeleine, in Montérégie, a few miles from our headquarters. This is all the proof we need that, as much as we scour the four corners of the globe for best spices, it’s sometimes at home that we find the greatest marvels.