Ethné had a little lamb

I don’t recall eating much lamb in Trinidad when I was a kid, and if I did, it definitely didn’t qualify as an everyday, or an every-Easter Sunday staple at our house. The preferences of most carnivorous Trinidadians were – and to a great extent still are – duck, chicken, pork and goat. These meatatarian, island favourites are supplemented by local wild meats like agouti, iguana manicou and quenk, which, these days are less popular than they once were.

My only lamb reference back then was the ever-popular children’s nursery rhyme, “Mary had a little lamb,” which to me, rendered Mary – the human co-star of the famous little jingle – more interesting than her devoted, albeit fleecy companion who willingly followed her to school everyday! 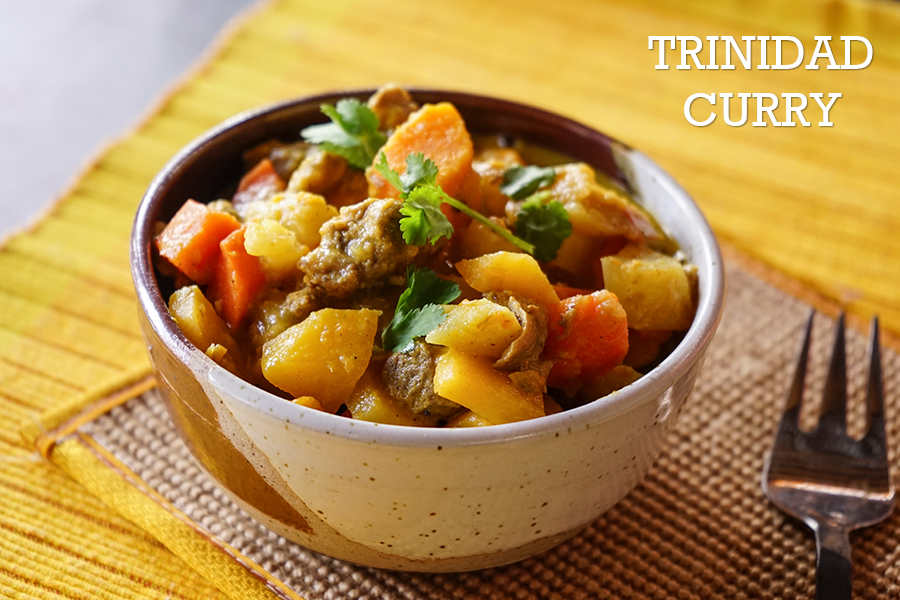 Fast forward to Easter in Quebec where my introduction to the taste of lamb – specifically, lamb chops cooked on the BBQ – occurred! Despite the realization that I had been deprived until then of this delicacy, I happily devoured the herb-smothered chops that had been expertly prepared by my friend’s Italian-born mother! My home-sick taste buds prodded me into imagining the chops marinating in a combination of cumin, chilies, onions, garlic, black pepper, West-Indian Bay leaves, thyme, vinegar and lime juice. I loved the smokiness that the grill entrusted to my new, favourite meat and contemplated the addition of smoked paprika as a potentially suitable substitute for the grill that could be added to the marinade.

Herbs like oregano, tarragon and mint seduced me, making significant inroads into my ever-expanding repertoire of lamb recipes. As a result, recipes from all over the world have enhanced all my favourite lamb cuts and are even called into action when spit-roasting a whole animal – or Méchoui, as it’s known in Quebec – is on the menu. Ethiopian, Greek, West-Indian and Indian influences are regular tried and true inspirations that never disappoint.

Ironically, in tropical Trinidad, there is no official arrival of spring, which in other parts of the world, usually aligns with Easter.

Throughout parts of Africa, the Mediterranean, Europe, Asia, North America and the Middle East however, it is the time of year which also signifies the much-anticipated launch of lambing season – the birthing bonanza that is the destiny of most healthy ewes.

It’s also a time when our so-called brokenness and despair are replaced with hope. We’ve relied on sheepherders for well over 10,000 years to cater to we lamb lovers of all religious denominations, no matter where in the world we may live.  As we all once again look forward to this annual rite of passage, let us indeed hope for a renewal that’s as peaceful as it is delicious.