Lyris – The determination of one woman and a little Caribbean island 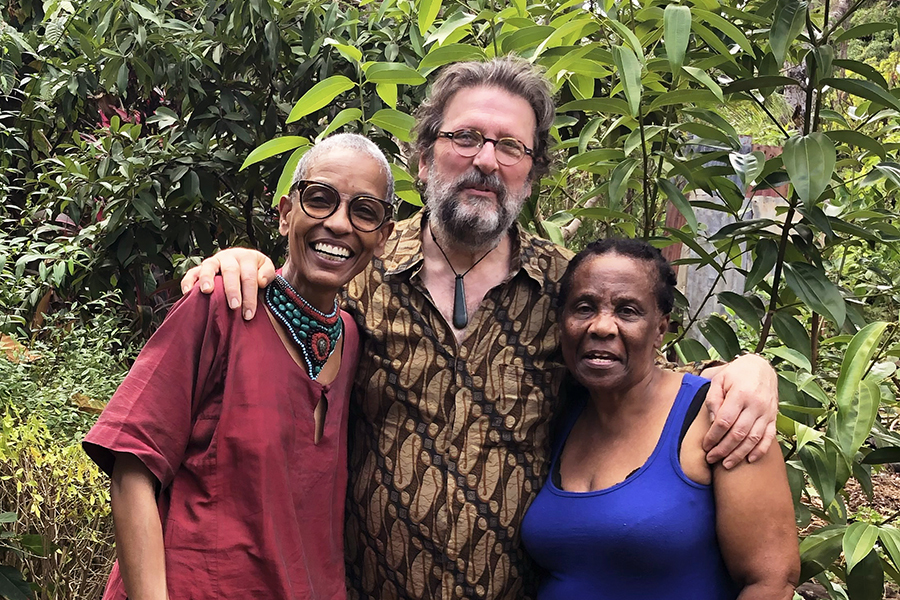 Grenada, also known as the Spice Isle, is a country which, despite sometimes political and always meteorological challenges,  has always produced exceptional spices.  It’s because of collaborators like Lyris that we’re able to offer mace, West-Indian bay leaves, cocoa, cinnamon and of course, nutmeg. We’d like to share another aspect of this unique relationship which has allowed us such privileged  access to the spices of this little Caribbean island.

I don't remember when I discussed "the nutmeg situation" with my sister Nouella. Droughts, hurricanes, floods, strikes, wars, elections, revolutions - you name it - any one or a combination of these things can happen and often do in places where spices are cultivated. Our nutmeg issue was vexing because our most reliable source for Grenadian spices had been my cousin Alan who lived in nearby Trinidad. For some reason produce from the Grenadines had become scarce in Trinidad, which was worrisome because nutmeg was essential to many of our spice blends, particularly in the quintessential West Indian ones such as the Creole Spice Blend.

The following week my sister told me that her hairdresser, who is Grenadian, had an aunt who owned a small artisanal cocoa production operation in a village called Paradise, and that I should get in touch with Auntie Lyris to see if we could help each other out. 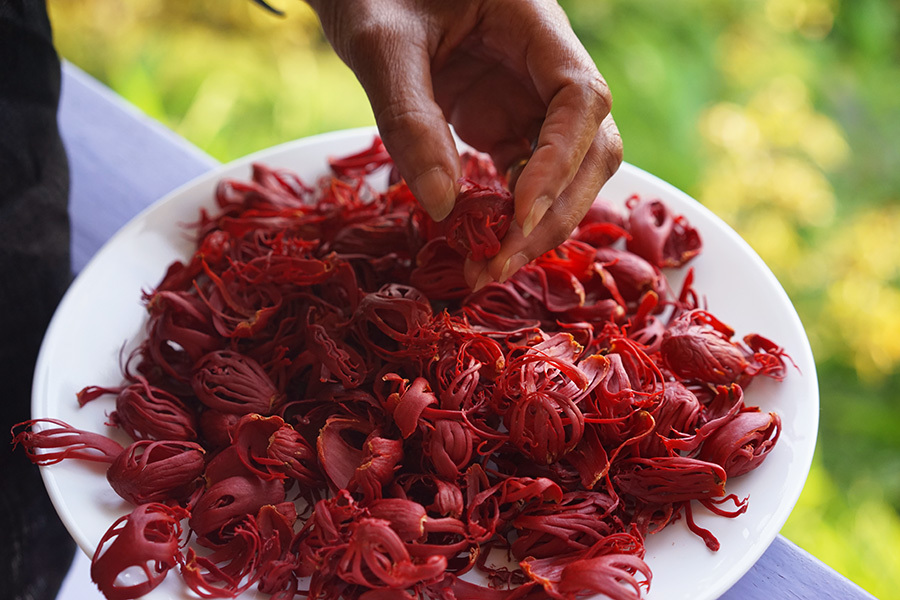 Speaking to Lyris at first was awkward. "Hi, my name is Ethné, I got your number from Susan, your niece ... yes the hairdresser in Montreal ... No, no I'm not a client; you see, I hardly have any hair ..." I managed to convince Lyris that my sister was the one with hair - which is why she was acquainted with Susan - and I just wanted nutmeg and that she, Auntie Lyris, was my only hope. We worked out the details and received our first shipment of Lyris' pure, spiced cocoa as well as top-grade nutmeg and mace, directly from the Island of Spice, as Grenada is called, a few weeks later.

Our relationship blossomed when we met Lyris the following year. It was shortly after the devastation of Ivan (2004), the first of two hurricanes to hit the island within a 10-month period. Lyris' home had suffered some damage but, like most God-loving Grenadians, she believed her faith would allow her to soldier on. We assured her that as long as she was willing to keep working, we were committed to supporting her efforts.

We shared some of what we had learned from other nutmeg plantations around the world - especially those in Indonesia. Lyris in turn demonstrated the meticulous selection process which allowed her to provide us with nutmeg, despite the fact that most of the trees on the island had been severely damaged and the nutmeg fruit itself was not easy to come by. It has been sixteen years since Ivan struck and the nutmeg trees are slowly rebounding. 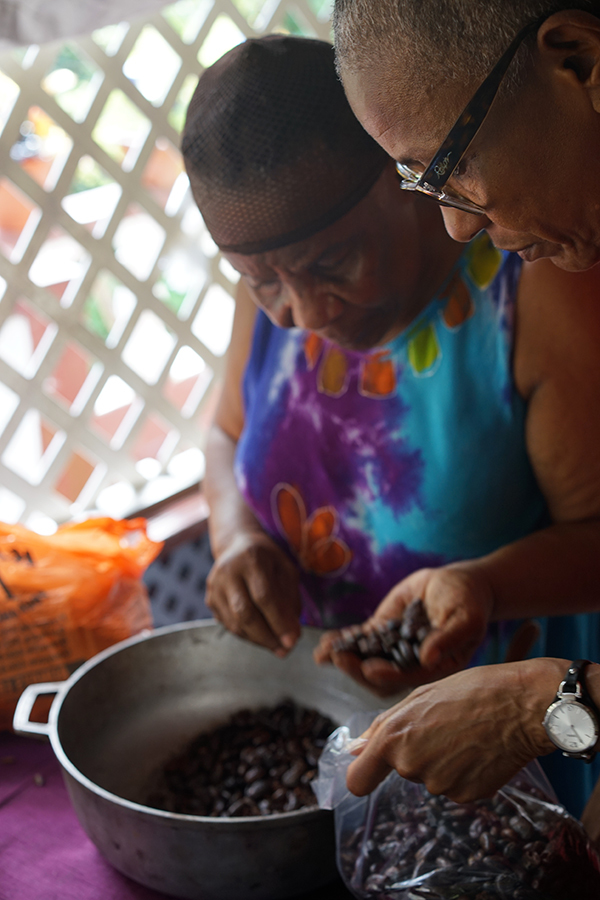 Sadly, nutmeg's relevance as a major contributor to the economic future of the island is now uncertain and Grenadians, by necessity, have moved on to harvesting other agricultural products in an effort to sustain their livelihoods. Nutmeg still appears on the tiny nation' flag, but is no longer the bumper crop that once made Grenada the second largest producer in the world.

Thanks in no small part to Lyris vision, know-how and hard work, we have been able to place our Spice Trekkers (Épices de cru) label on lemon grass, turmeric, West Indian bay leaves, allspice leaves, cocoa and cocoa beans on which "Country of origin: Grenada" is boldly stamped.