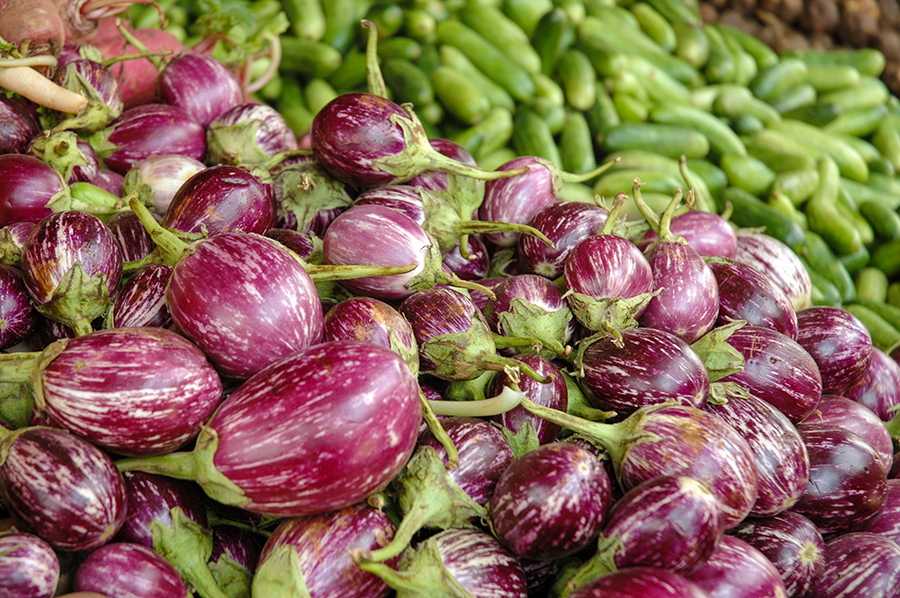 There is a great multitude of different eggplants in various shapes and colours- it is, after all, a vegetable that is grown nearly globally. In the Mediterranean, it’s used in classics from ratatouille to Greek moussaka. It’s commonly found in Turkish cooking and numerous Middle Eastern countries, as well as India and China. In many of these dishes, it’s better to salt the eggplant to draw out some of its water. This will also reduce its bitterness, particularly for larger eggplants.

Eggplant is slowing winning the hearts and mouths of Épices de Cru, although its still not universally beloved (it’s one of Philippe’s least favourite ingredients, though he still cooks it with remarkable ingenuity!). To persuade you of the eggplant’s value, or just cook with it more, we present you with a few recipes that appear on the menu for staff lunch regularly and always to rave reviews.