Toast of the Town: Why Roasting Spices Works 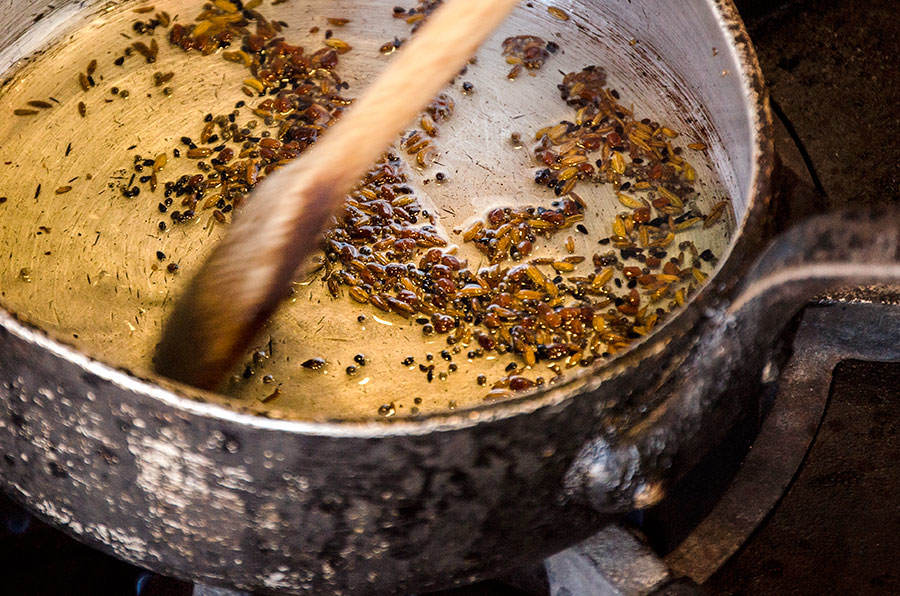 When it comes to spice toasting, roasting, or grilling guides, it seems there are plenty of how-tos, but few whys. Something about enhancing the flavour. Roasting spices is easy: it simply takes a pan at the exact perfect temperature, constant stirring, attention, and nervousness, and an ever-present sense that you’re doing it wrong. So why go through the stress of watching yet another pan full of cumin burn anyway? Which spices are worth the effort, and how can we use spices once we’ve toasted them?

It’s true that not all spices roast well- some will burn or simply lose their flavour if exposed to too much direct heat. Cinnamon, for example, is a famously sensitive spice. It, like bay leaf, should only be roasted for a few seconds, and carefully. Of course ground spices will burn almost instantly if dry roasted- which is why this blog refers only to whole roasted spices.

The list of spices that are commonly roasted, however, is surprising. From classics like cassia and nutmeg to less common umbels like fennel to even weirder spices like coconut and lentil (yes, they can be spices too), pretty much everything considered a spice is ready to spend a minute or two in a hot pan. 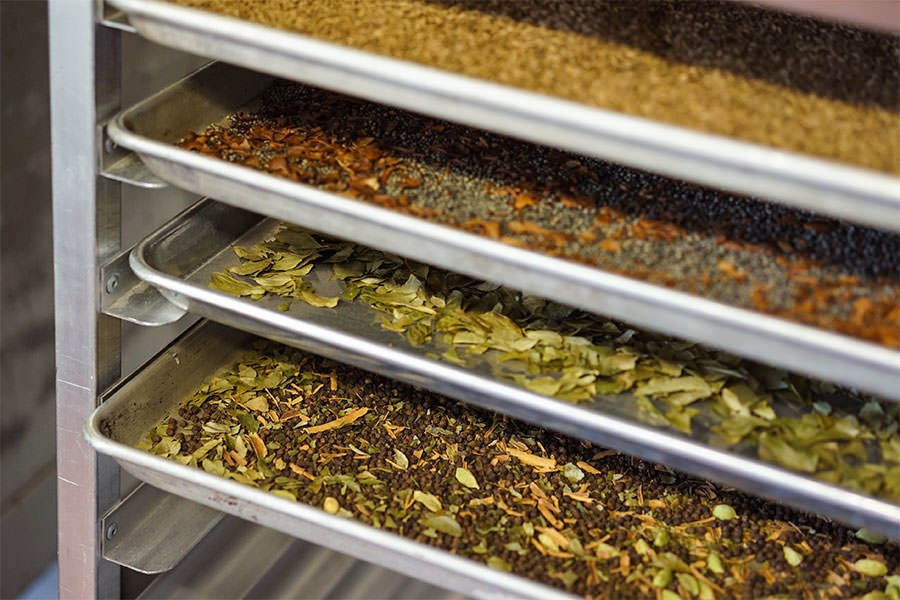 We know that toasting a spice both modifies and brings out its flavour. The question is: why? The essential oils that lend their flavours to spices are easily modified through heat. Heat allows flavouring chemicals to unravel before they are added to a dish: the essential oils are broken down, then rebuilt in different form. Whereas the unmodified spice had a small number of concentrated flavouring oils, a toasted spice has a wider variety of flavours, albeit in smaller quantities, which means a broader, mellower flavour.

The breaking down of flavouring oils leads not only to a more full-bodied flavour, but also to the creation of new flavours. Some can undergo such changes that they begin to resemble other flavours entirely. Toasted cardamom, for example, sometimes gives a minty or anise-like impression, while toasting cumin reduces its bitterness and brings out an earthier flavour. 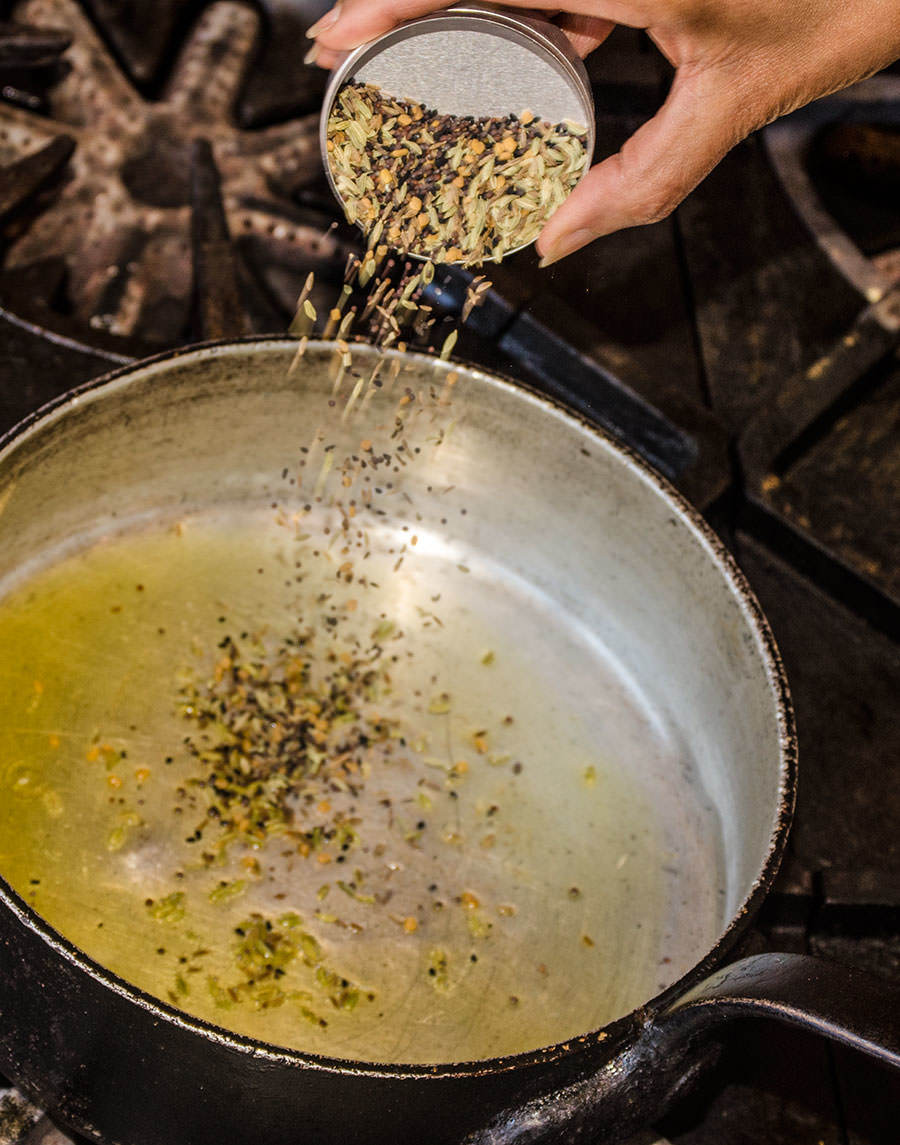 Toasting also releases some of the volatile oils. This is usually, but not always, desirable. Heat at first releases flavours, then changes them, but soon it causes desirable oils to evaporate. As your spices roast, you will begin to notice a delicate, pleasing scent rising from the pan. Enjoy for just a moment: this is usually a sign that it’s time to stop toasting! Soon you will lose flavour and burn your spice.

Flavours lost to heat, however, can be easily recouped. Most spices are oil soluble, so toasting in oil means that many of the flavours are released into the oil instead of the air. You may notice that recipes calling for spices cooked in oil simply add other ingredients while cooking, while recipes that call for dry-toasted spices call for removing the spice from heat and setting it aside before moving on to the next step. Oil-frying has this preservative effect, at least for a few hours. 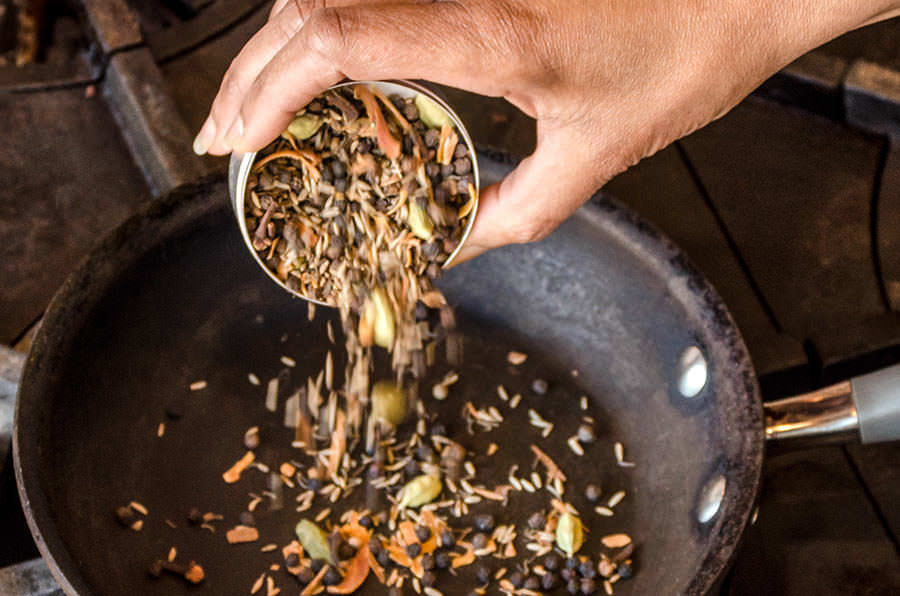 Now that we have why, let’s talk about what. What can we do with toasted spices? Experiment, of course! A great place to start is with recipes that call for toasted spices. Once you’ve seen how other cooks use them, you can feel free to make whatever salad, side, main, or even dessert you think needs a hint of toast.

Once you’re done sprinkling toasted Moroccan cumin on rice, or roasted Sichuan peppercorn in salad dressing, or splashing your fish with red ginger oil, you can start playing with combinations of roasted and raw spices. After all, if variety is the spice of life, then roasting is the spice of spice.