Silk Route to ''The Spice Blend'' 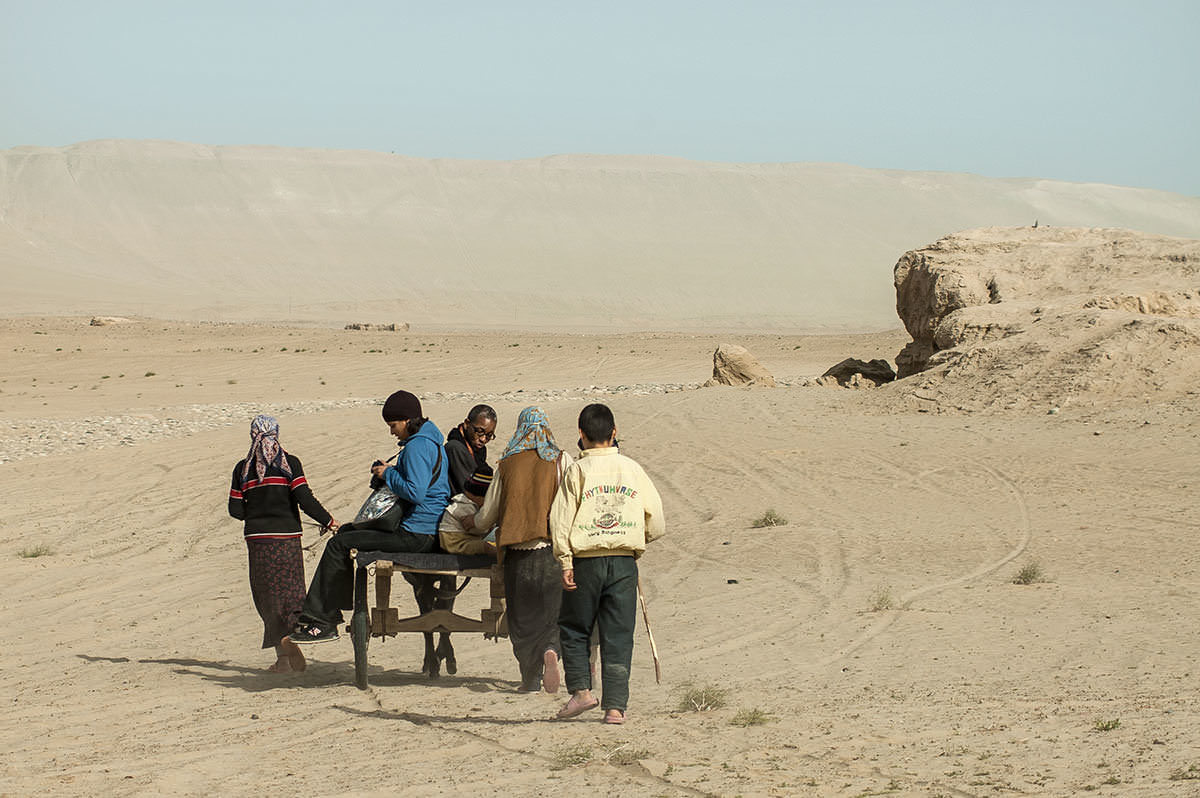 Our trip to Kashgar in Northwestern China, near the border of Tajikistan and Kyrgyzstan, was the first that was deliberately ''not spice specific.'' Our daughter Marika was living in The People's Republic and, after completing a particularly arduous season in Montreal, we decided that rest, recreation —no spice hunting— and a strong dose of our much-missed offspring, had the making of a bona fide vacation. 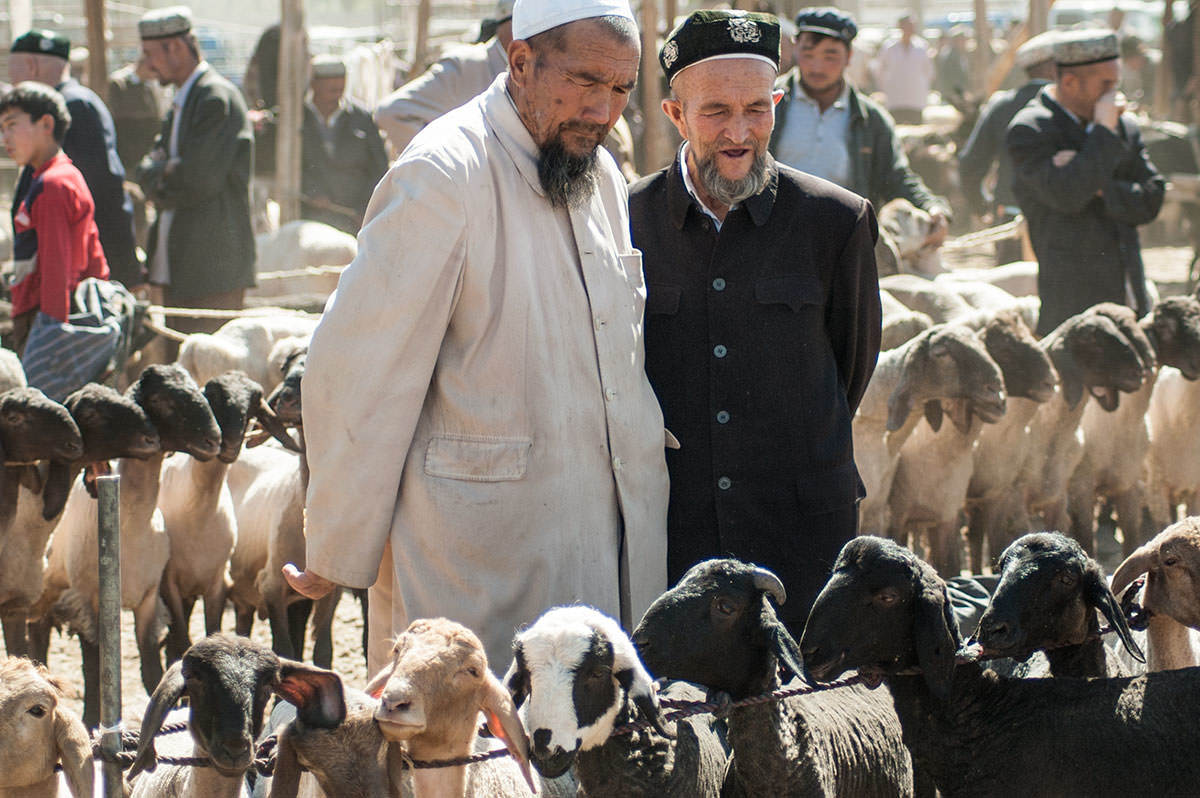 References to Zinjiang Uighur Autonomous Region mentioned the blandness of the local Muslim food and made no allusion to spices whatsoever. Despite our ''no spice hunting'' itinerary, we planned to explore the legendary Silk Route used by ancient merchant caravans to circumvent the Taklamakan desert on their way to oasis towns as Kashgar.

We kicked off our arrival in Kashgar by asking Nelli, the hotel receptionist, for directions to the local market. He obliged, making it clear that he was available, should we require an interpreter. The first market stall we encountered was dedicated to spices from all over Asia. Kashgar was a crossroad of the Middle East, India, China, Persia, Russia and even Greece —for art, jewellery, culture, fashion, and also for a large and impressive variety of spices. 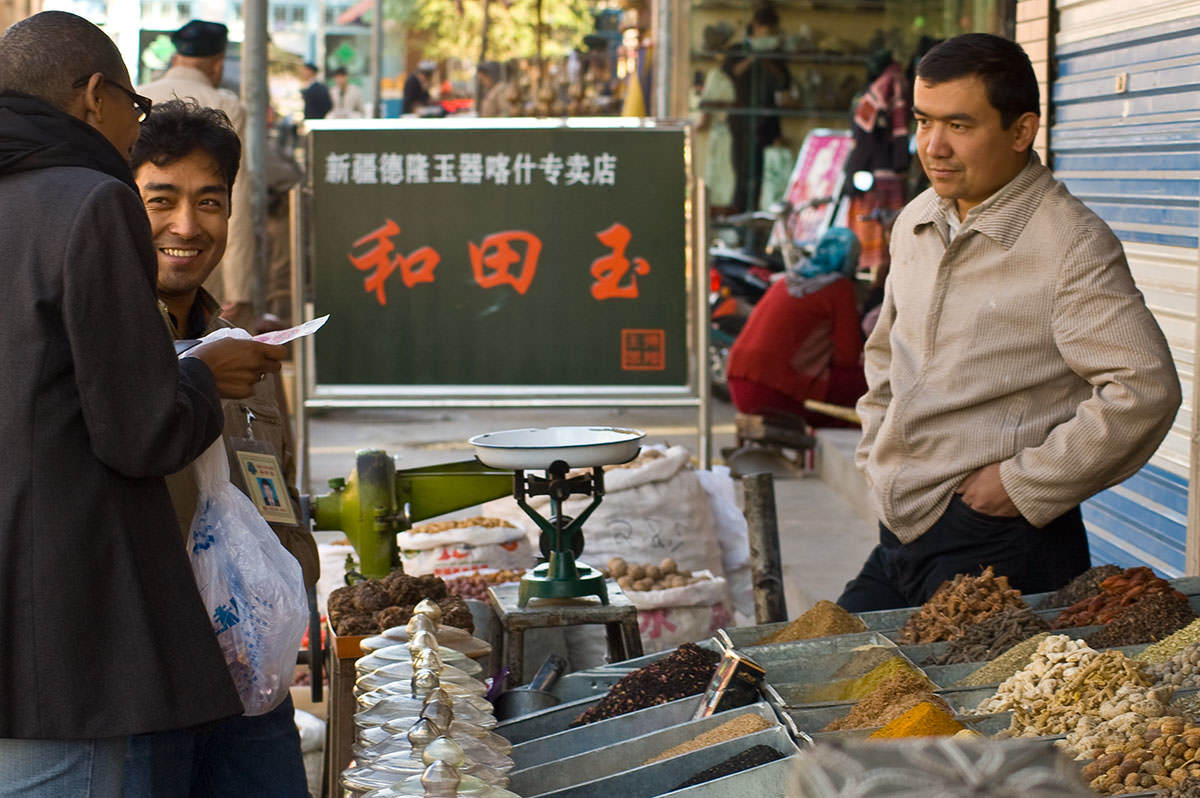 Marika's Mandarin, our finger-pointing and vigorous head-bobbing were all we relied on to convey our enthusiasm and gratitude to the Uighur vendor when we were shown... ''the spice blend.'' What, we wondered, did the Uighurs do with their spice blend?

Try as we might, we couldn't figure what this spice blend could possibly be used for in the region. And we certainly never imagined that we would one day be able to recreate the blend and add it to our collection - under it's well deserved name - Silk Road Spice Blend. 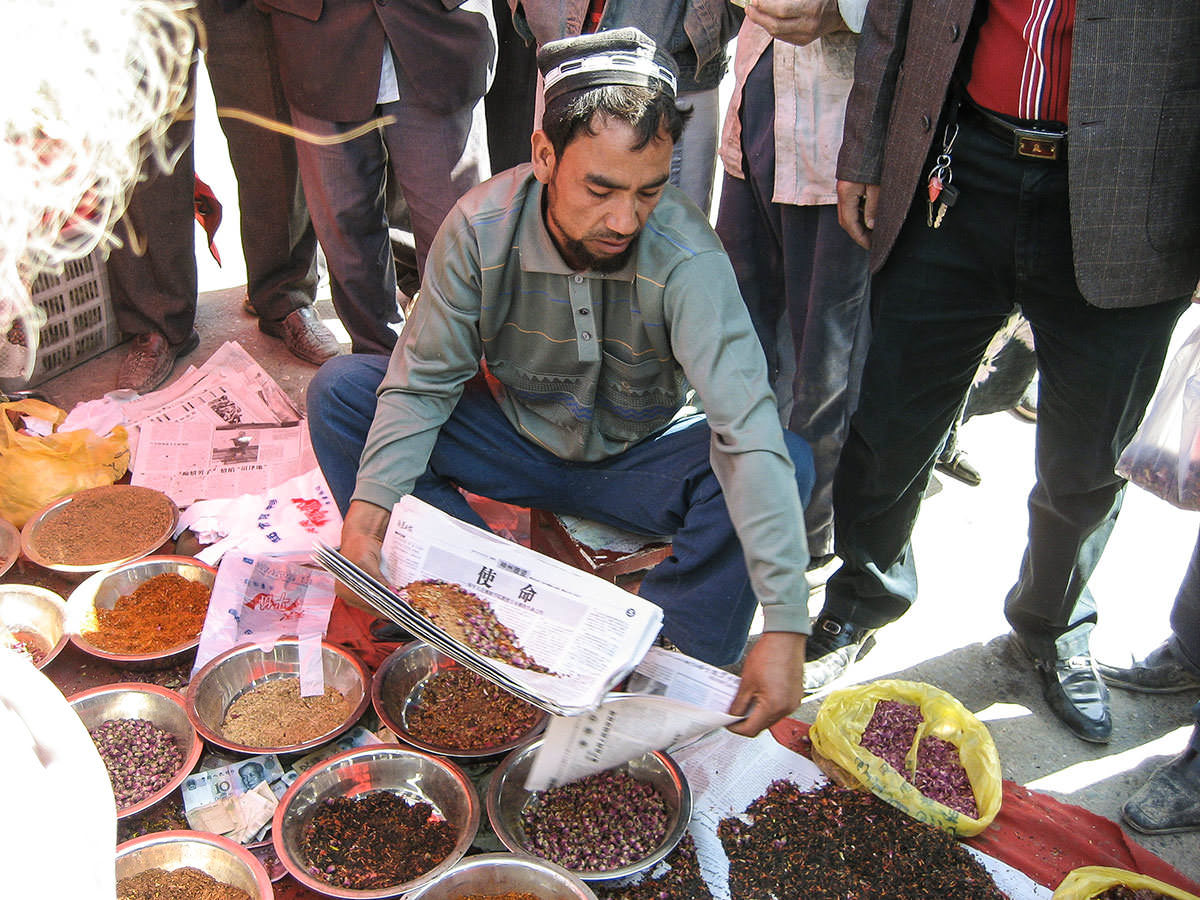 Back at the hotel we asked Nelli about the Uighur spice blend. He said we should go to his house and ask his mother, an invitation we accepted with eagerness. We set off with him on the dusty, wind-swept, desert roads of Kashgar, and were soon in front of a very high, mud-brick wall with a little door cut into it. Upon entering, we found ourselves inside a spacious, oasis-like compound with four of five detached rooms constructed around a well and a fish pond, both covered by trellises through which mature vines were intertwined, weighed down by huge bunches of the famous grapes of Zinjiang. 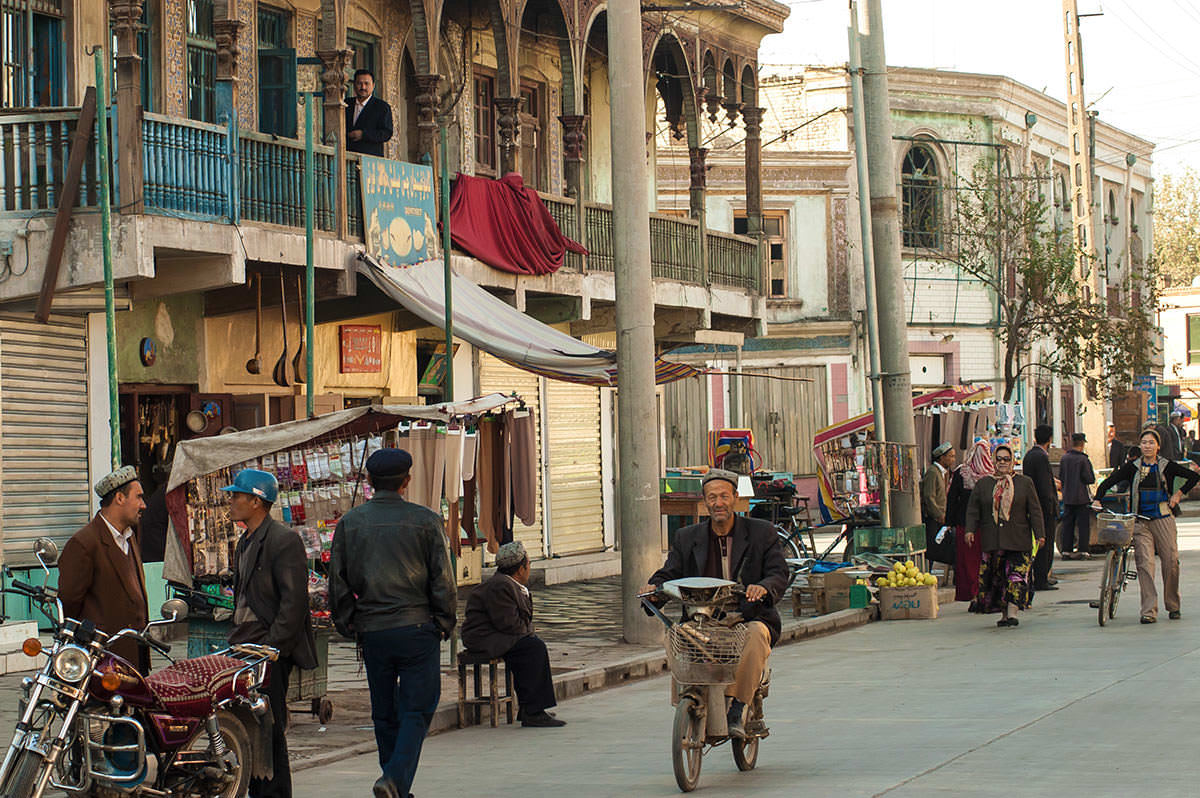 We were warmly greeted by Nelli's entire clan and were ushered into the largest room furnished with an oversized, low table around which brightly colored cushions and carpets were scattered. Bowls of fresh fruits, plates of sweet and, of course pots of hot tea were laid out before us as an electric, feast-like atmosphere brimming with Muslim hospitality enveloped our small gathering. 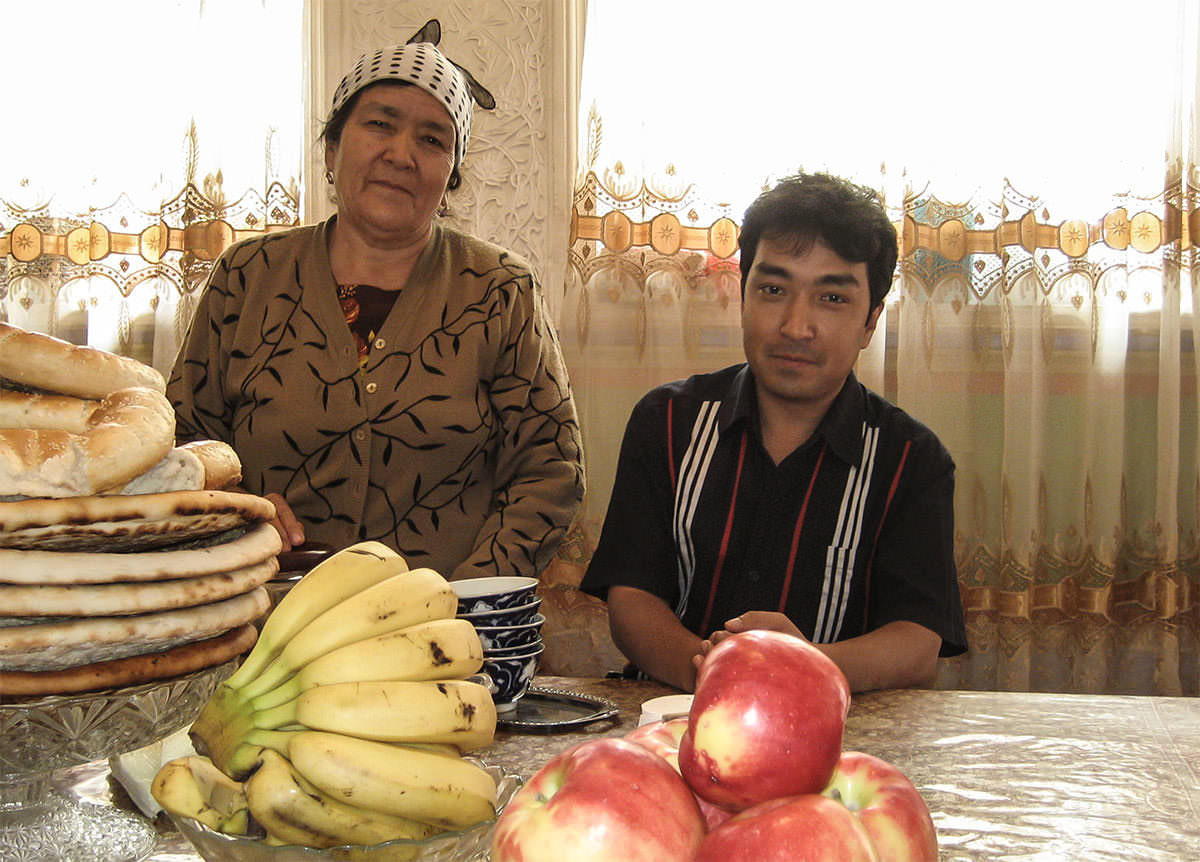 Philippe was summoned to the kitchen to observe our host's mother and sister cook, and returned later with a recipe for hand-pulled noodles and another for lamb —both using ''the spice blend''. As is our custom, Philippe traded some of our own spice blends and attempted to communicate some cooking pointers of his own, which appeared to amuse and charm the ladies.

Marika and I were uncustomarily left to fraternize with ''the men folk'' which we thoroughly enjoyed. Poor Nelli, however, appeared embarrassed, judging from his tone and the expressions on the faces of the older men. It seemed that our family composition flummoxed them. They understood that the white man and the brown girl could be related. But the black ''man'' (that would be short-haired, un-veiled me) gave birth to the brown girl? Later, Nelli told us that his elders acknowledged he was young and impressionable but, being more mature and worldly, they assured him they weren't buying any of it. 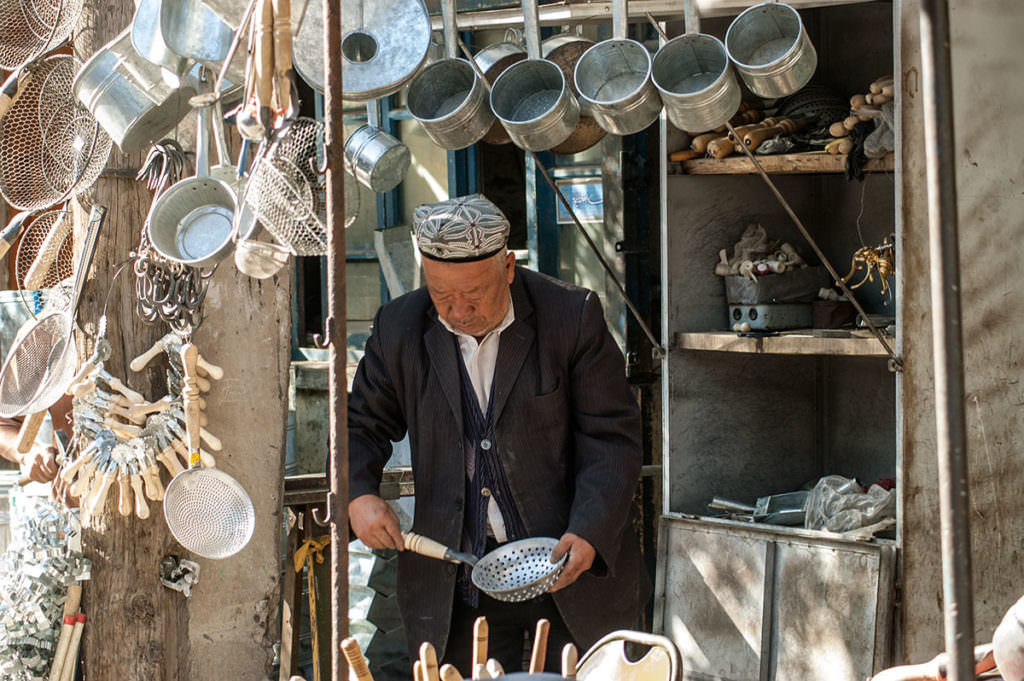