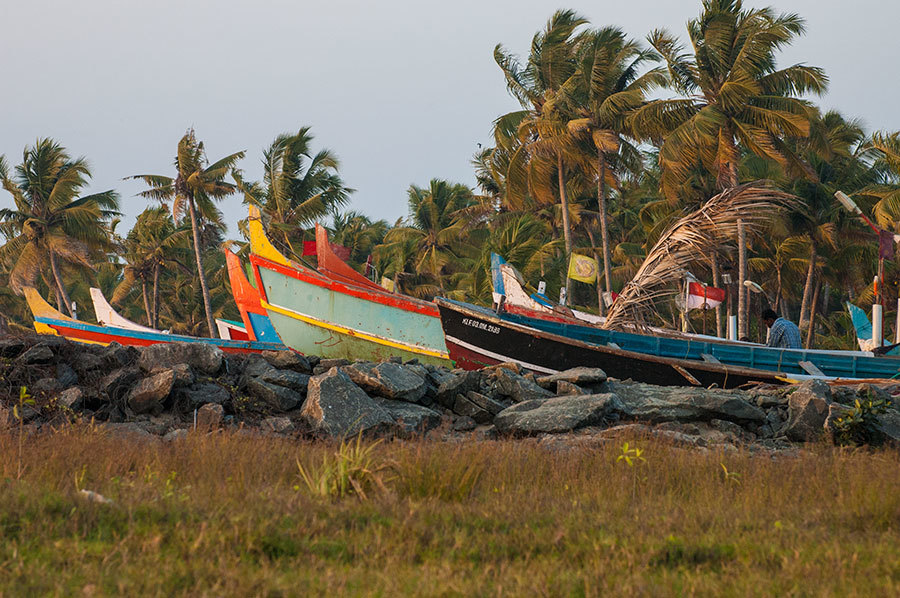 The Malabar Coast, in the Southwest of India, is, quite possibly, the most fabulous place in the history of the Spice Road. It’s not only where pepper originated, but it’s also there, deep in the jungle, that one finds one of the rarest spices in the world: cardamom, which lends its name to the very hills in which it grows.

In antiquity, East Asian spices like cinnamon, cassia, clove, star anise, nutmeg and mace, would pass by the Spice Coast to eventually reach the Middle East and finally Europe. It was in well-known ports like Goa, Cochin and Tellicherry, that Arab sailors, like the Sinbad of 1,001 Nights, would come to buy the spices of the Hindu Kingdoms. 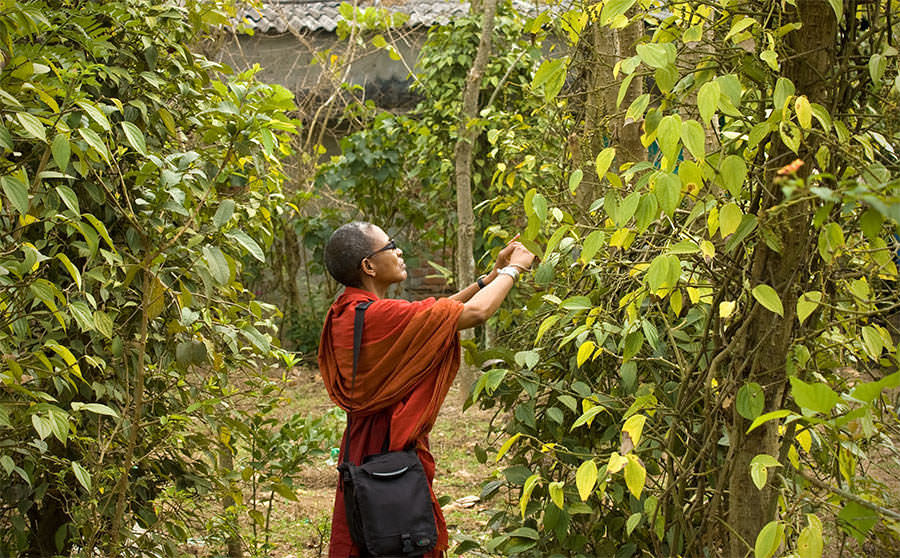 Over the centuries, different communities installed themselves on the Coast: Jews in the 5th Century BC, Syrian Christians from the year 300 onward. Later, in the 8th century, Arab communities that had lived there for centuries converted to Islam, then, starting in the 16th century, Europeans set up posts there, starting with the Portuguese, followed by the Dutch and the English. All of them were established in the heart of a Hindu majority that had lived there for centuries.

In the jungles of the Cardamom Hills, one can still find wild pepper, and it’s there that the best black pepper and best cardamom is harvested. The climate, one of the most humid on earth- with two monsoons a year- stands in the foreground here.

Rice, coconut milk, vegetables and lentils form the basis of much of the food. 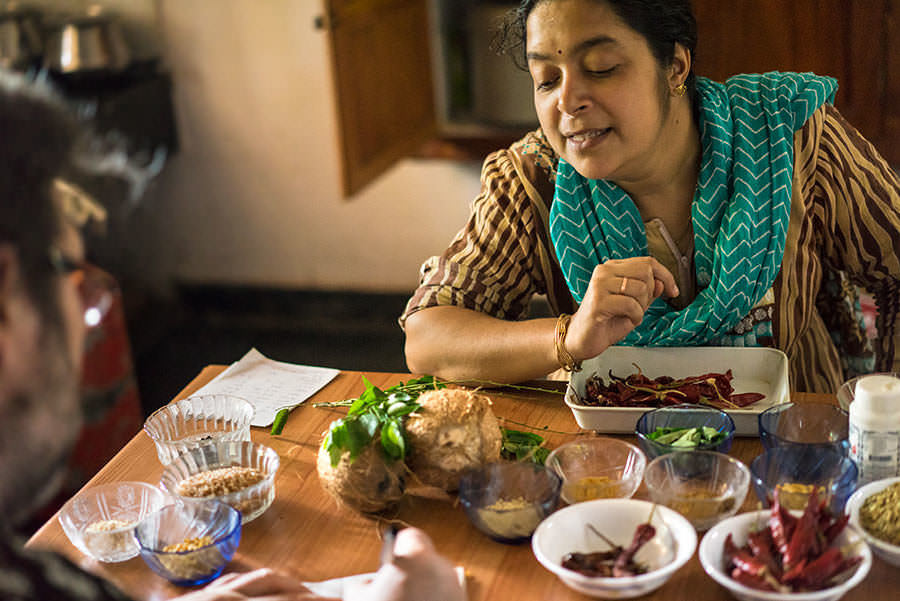 The Spice Coast cannot be characterized by a single cuisine. One should think of it more as a mosaic of different culinary traditions that influenced each other while still preserving their particular characters. Rice, coconut milk, vegetables and lentils form the basis of much of the food. Meat and fish are also consumed regularly, even in the heart of the Hindu community, which doesn’t entirely count as vegetarian. These ingredients, married in a numerous combination of spices, give birth to an extremely varied cuisine that is impossible to grow tired of.

Thalis, which are often served on a banana leaf, offer an interesting combination of complex fragrances and simple flavours. 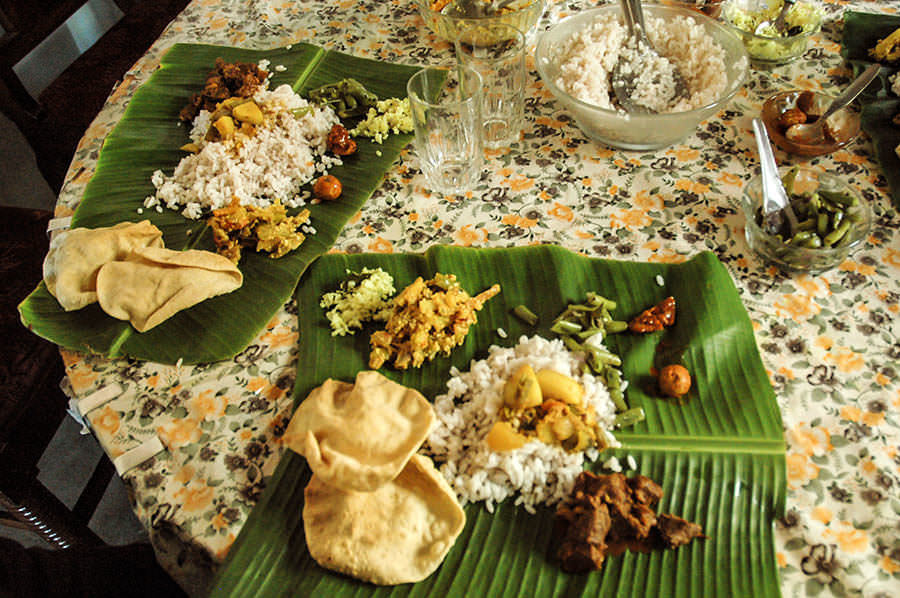 Often, the main meal is composed of one or two masala-based dishes simmered over a long time and vegetables briefly cooked, al dente, with some spices. The meal is completed with chutney, raita, salads, pickles, and pappadam. Thalis, which are often served on a banana leaf, offer an interesting combination of complex fragrances and simple flavours. Each recipe is prepared with a specific blend of spices that is adjusted according to the main ingredient. Of course, each cook adds their personal touch: toasting each spice rather than frying, or keeping a little browned spice from the beginning of the recipe to throw in the pot at the end. Thus the Indian proverb: “A thousand cooks, a thousand masalas.”

The lessons to take from this style of cooking are innumerable, and same is true of the many cooking techniques for combining these flavours. The many stories told of this region are not so surprising when one knows that the culinary traditions of the Malabar Coast were already ancient in the era when Sherazade recounted the marvels of the Middle East to the Caliph.