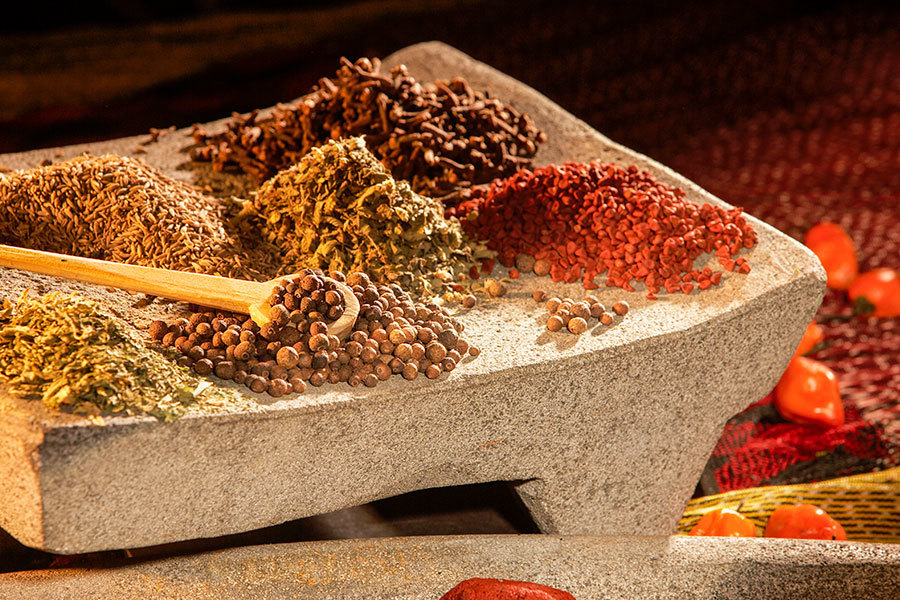 The Yucatan Penninsula is located between the Caribbean Sea and the Gulf of Mexico, making it a meeting place between Central America, the West-Indies and Mexico. This emplacement means the region is one of the most important intersections of spices in the Americas.

Yucatan food is characterized by rustic dishes with uncommon flavours. Other than a few hot exceptions, dishes tend to be dominated by sour and salty. By contrast, accompanying salsas are ferociously hot.

The cuisine of the Mayas, who inhabit the Yucatan, has long been composed of corn, beans, squash, tomatoes, chiles, annatto, turkey, and wild game. With the arrival of the Spanish to the continent, new ingredients were added, including: garlic, onion, citrus, and herbs and spices from the Mediterranean world, as well as chicken. Later, in the 19th century, an important wave of Syrian immigration contributed a deeper understanding of spice blends and a love of grilling to the local cuisine. From this slow intermingling an original cuisine was born, quite different from the cuisines of other regions around Mexico, one that unites the fragrances of spices like cumin and allspice with smattered herbs like epazote and Yucatan oregano, a variety remarkably different from the one from its European counterpart.

Recados, typical of spiced dishes of the region, are often described as “the curries of the Yucatan,” and the comparison is just, since the three base recados (red, black, and spiced), often serve in the same manner as curries and can exist in a multitude of variations. 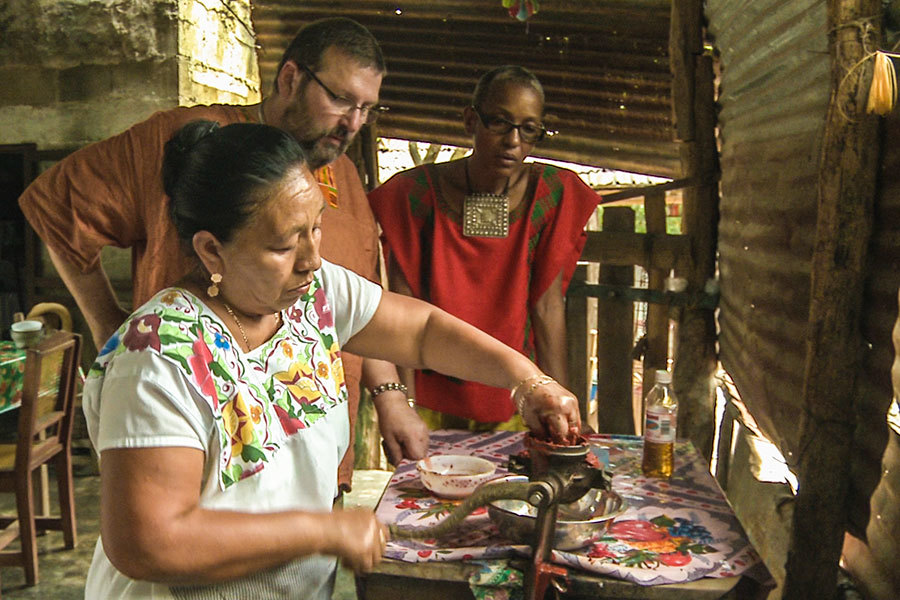 Anatto, known locally as Achiote, is the undeniable queen of spice in the region. Originating in Central America and the West-Indies, this sweet spice, lightly fragrant and lending a lot of color, is the main ingredient in recado colorado, which flavours a number of dishes. Recados, typical of spiced dishes of the region, are often described as “the curries of the Yucatan,” and the comparison is just, since the three base recados (red, black, and spiced), often serve in the same manner as curries and can exist in a multitude of variations. In general, the pastes are made at home in order to be resold later. On market days, it’s common to see Mayan women, wearing their traditional huipil and their rebozo, sitting behind large multicoloured pyramids, with various recados ready to use. When walking through the alleys, one can smell the nuances of the fragrances wafting from one table or another, and watch regular customers head, without hesitation, to “their” seller for their weekly dose of recado.

Yucatan food is rarely hot, but is almost always accompanied by a salsa with a chile base. 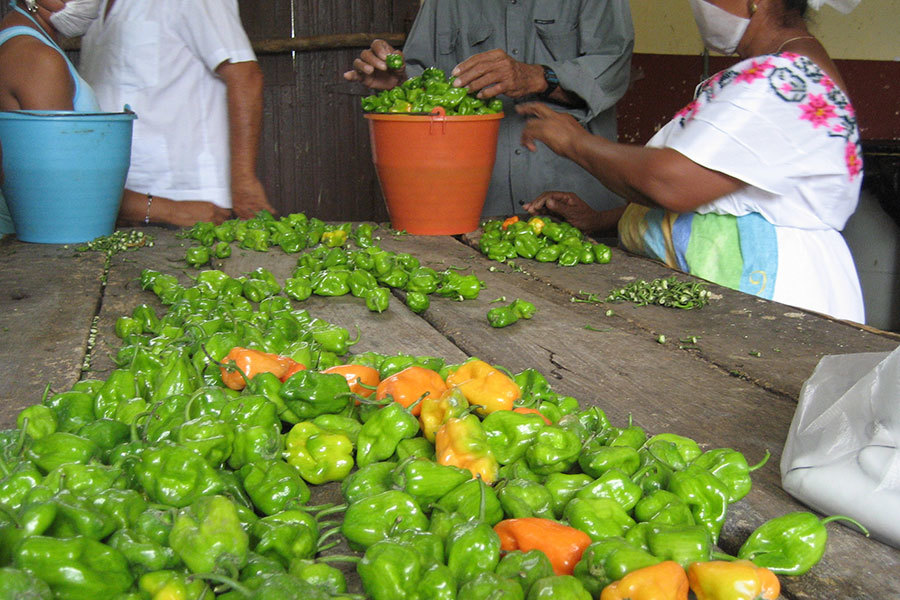 If the queen of Yucatan spices is anatto, the king is definitely Habanero chile. This little pepper originated in Havana, in the West-Indies, and is very different from the chilies of the Central Mexican plateau, not just in form and fragrance, but also ferocity. Yucatan food is rarely hot, but is almost always accompanied by a salsa with a chile base. These sauces, which provide great pleasure to those in the know, should be treated with great respect. One’s first encounter with one of these salsas could take your breath away in an instant.

Yucatan’s spice blends have evolved over the course of centuries to attain a balance of flavours and a maturity that, today, makes them highly adaptable to other ingredients and recipes- they have become, in a way, the true “curries” of Yucatan.