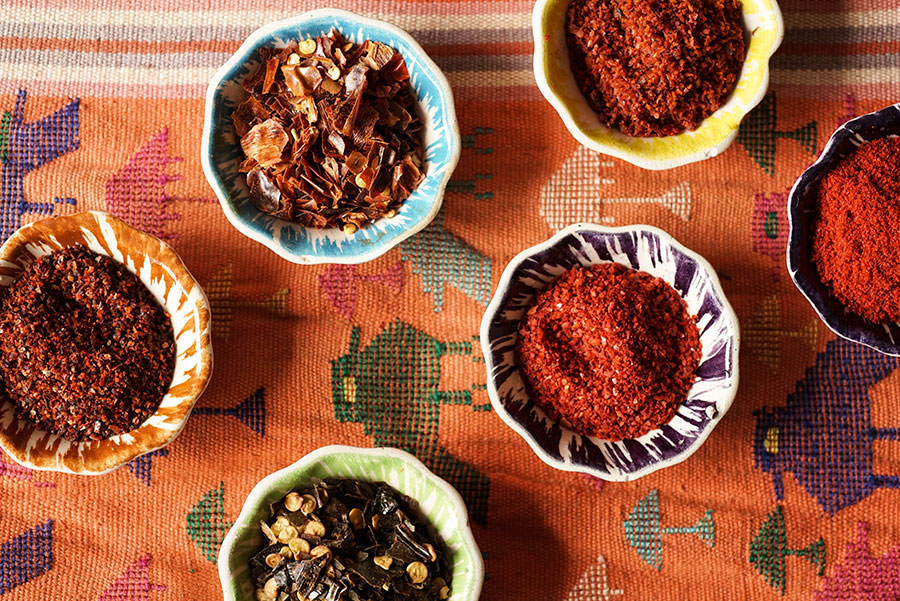 Researching spices on the internet, I come across a lot of talk about spice substitutions, particularly when it comes to chilies. It seems many of us are forgetting the cardinal rule of carefully reading a recipe before we start. I know I’ve been wrist-deep in a cookbook only to find I’m missing some regional rarity that is absolutely crucial but comes in a very small bottle. But thinking about how to replace, or really, resemble, a forgotten spice is less a list to remember and more an invitation to experiment. The possibilities are most apparent in the wide world of paprika substitutes. I find it’s less about finding the best paprika substitute or alternative chili pepper flake, and more a question of balancing tastes and flavors.

The Theory of the Interchangeability of Spices, outlined in The Golden Rules of Spices, highlights the differences between taste and flavor. Taste, experienced by the tongue, is limited to a few categories like sweet, sour, or hot, while innumerable flavors can be experienced by the nose. So choosing a chile powder or chile flake substitute with the same taste means you can experiment with as many flavors as you like. 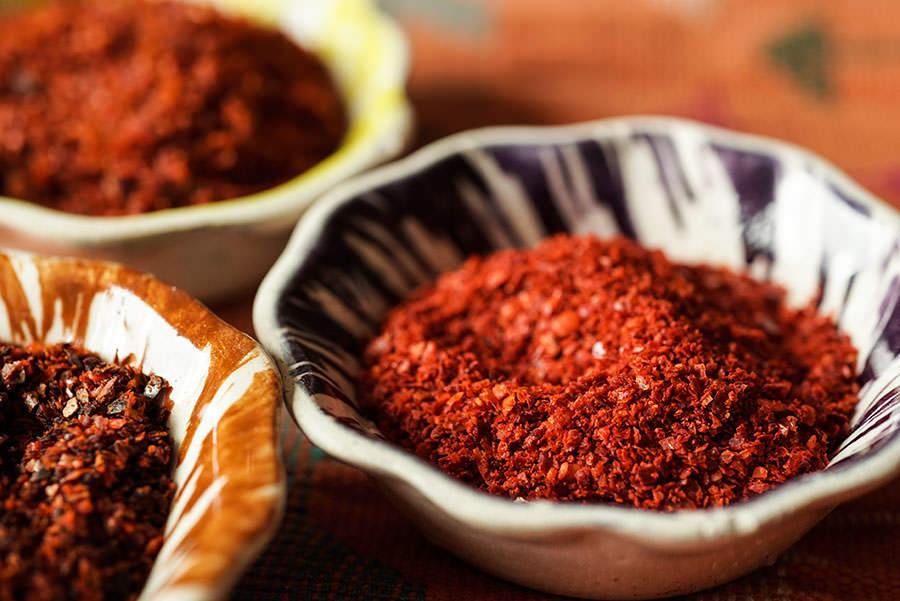 The search for a suitable Aleppo pepper substitute began when exports ceased at the outbreak of the Syrian civil war and cooks turned to an equivalent Turkish pepper. Renowned as an all-purpose pepper, it has a sweet and sour tang, complimented by a light, smoldering heat. It’s an Épices de Cru top 5. Replace it with similarly broad-flavored peppers like Maras pepper or Korean pepper (you may find the Korean sweeter and less hot). Fruity Gorria pepper, a local Espelette, comes close, but may be closer to a traditional paprika. 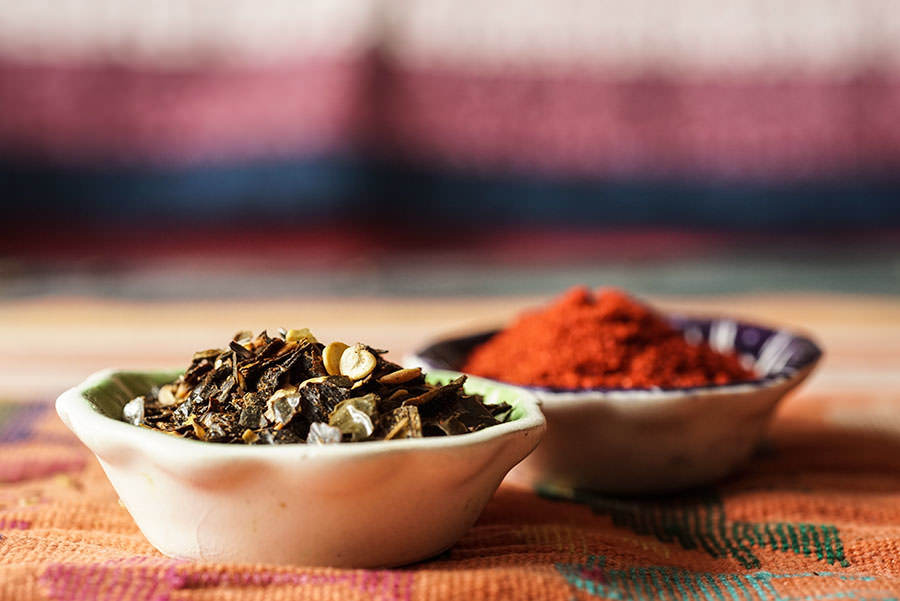 It doesn’t get much simpler than ground, dried red chilies. Paprika is the ultimate all-arounder, both linking and mellowing dishes all while adding depth. The sweet and sour pungency, mature savory aromas and light, if non-existent, heat, all mean it’s broadly versatile but hard to replace. This is complicated by the many varieties of paprika: some tending to present sweet tastes, and others smoky. Paprika may be the least hot of all ground chilies, so any replacement is sure to add fire to your recipe. This is less so for Maras and Korean peppers, and more so for Aleppo. Chile pasilla de Oaxaca offers the smokiness you’re looking for, but may be a little too hot. Chipotle, the king of smoke, is certainly also high on the heat scale.

Of course you can always just get a can of sweet smoked paprika, a company favorite, that bridges the divide. We like to call it “vegetarian bacon,” since it packs such a smoky, savory punch and adds a deep, red color. 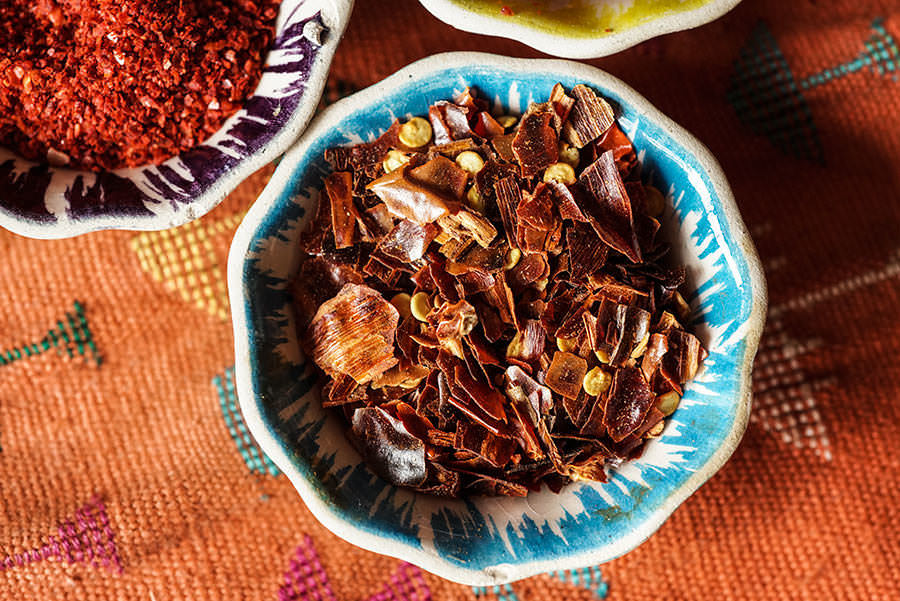 pepper substitute would be easy to find. But cayenne is most often used to add heat without changing flavor, so using most other chile flakes will mean adding some taste not called for in the recipe. The best cayenne pepper substitute in my opinion is another cayenne. Reshampatti is an Indian cayenne, superb at making something spicy without interfering with other tastes and flavors. The Mexican Chile Arbol is also a good substitute.

While the crushed red pepper flake family may seem vast, it is still a family: the tastes and flavors represented within are closely related. It’s not to say any chili flake can be a paprika substitute, or anything hot can be a cayenne substitute, but they rank high on the scale of interchangeability, and that invites experimentation.