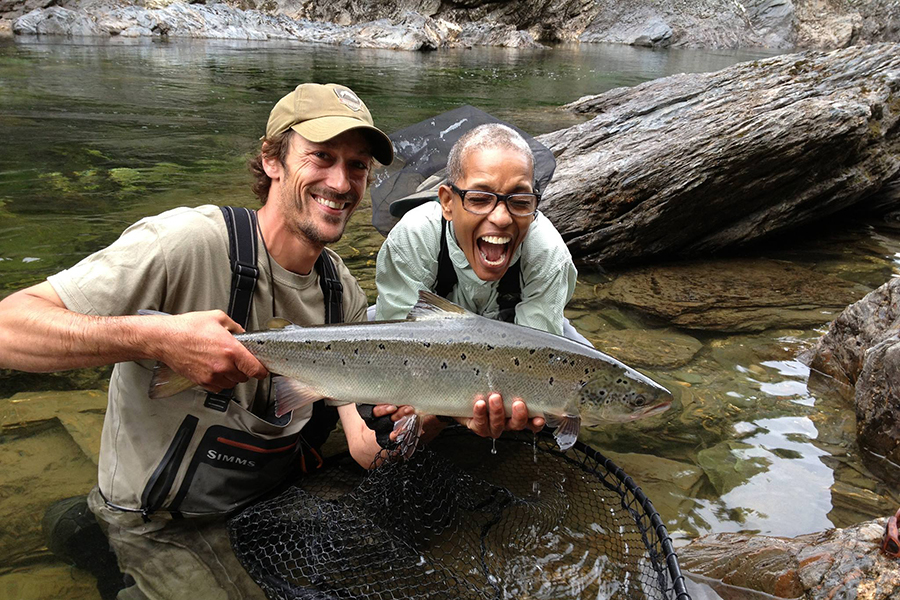 “You’re going to have to think like a fish!”

Great! But why now, on the eve of my highly-anticipated angling inauguration, would you – my husband, my fishing buddy for life, father of our two children and my personal chef – decide that this was the best time to regale me with one of your notoriously humour-challenged proclamations?”

“You want me to do what?” I enquired, confounded.

Despite my annoyance, my fishing inauguration was held in the privacy of Lac Rond, a pristine body of water in the remote wilds of northern Québec, where I promptly began practicing casting my line, which eventually became entangled in lakebed debris. Imagine my physical and emotional state once I realized that “the entanglement” actually was a well-hooked, squirming, 4 ½-lb, 20-inch long, honestly weighed, accurately measured speckled trout, immediately baptised Monsieur First Fish!

Monsieur First Fish was a rambunctious beauty which Philippe anticipated gallantly disengaging by hand, from the hook on my line. He changed his mind when he and Monsieur First Fish eyeballed each other. Fishing buddy for life later confessed that when he saw the size of Monsieur First Fish, he knew that using a net would allow for a safer relocation of my trophy, considering the always-present risk of letting him “off the hook.”

As soon as I stopped trembling and my mind was no longer racing, I was able to acknowledge that my accomplishment was indeed remarkable. Especially because the father of our two children kept saying so! He rhapsodized about the infallibility of beginners’ luck and how he himself would have loved to land an amazing catch on his own, first-ever fishing expedition – or ever! Before we beached our dinghy, my husband, usually a “leave the details for the last-minute” kind of guy, had already made plans for the photo shoot that would forever document my accomplishment. Having earned my spot on the fishing finalists’ podium, I allowed myself to be guided through the customary, post-catch-protocol traditions.

I marveled at the speed at which everything had unfolded, and vividly recalled my incessant attempts to land my line as close as possible to a protruding rock – an exercise that I hoped would liberate my inner precision caster – then the line got caught! Philippe continued to venerate my achievement and interrogated me further about my technique. “If I were a fish,” I explained, “I would retaliate if something kept invading my space – next to a rock, for instance – and would attempt to put a potentially appetizing end to the provocation!”

“Ah ha”, exclaimed my personal chef triumphantly, “you were thinking like a fish – I knew it!” He then casually set about delighting me with delectable culinary options he had already envisioned for both Monsieur First Fish and me. 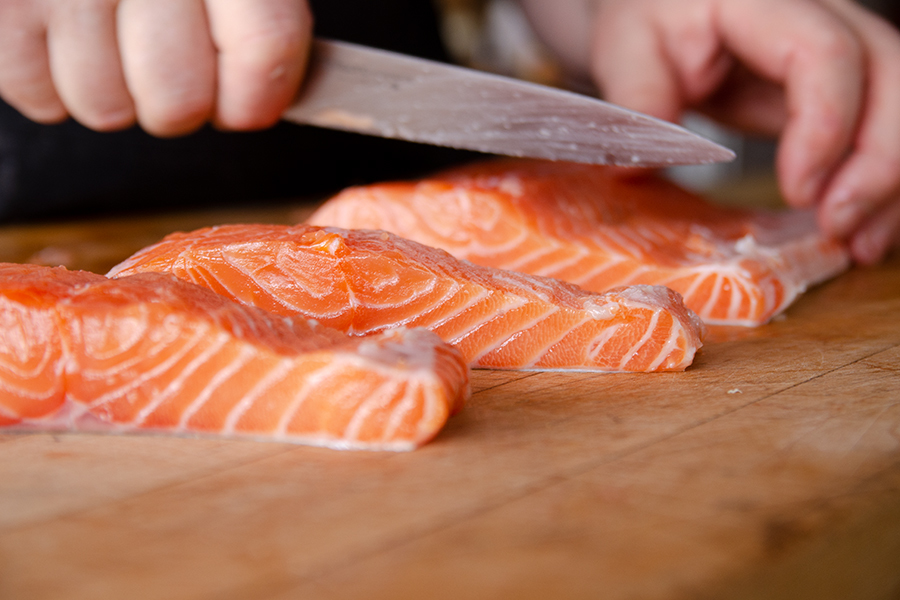