The small, liver-shaped island of Chios presents a unique challenge to travellers. Punctured by jagged, impossible mountains and dotted with an endless variety of villages, Chios can be circumnavigated in a day but only understood in a lifetime. Each descent into a new valley reveals another undiscovered world, and every meal presents an unexpected delight. It is impossible to enjoy everything the island has to offer. Even the people of Chios are pleasantly surprised to learn something new about a neighbour or natural feature hidden only a few minutes away. Today it would be impossible to trace the origins of the customs that make up daily life in Chios. Suffice it to say that a combination of steep mountain divides, varied microclimates, and walled villages means that Chios changes around every 10 kilometres. 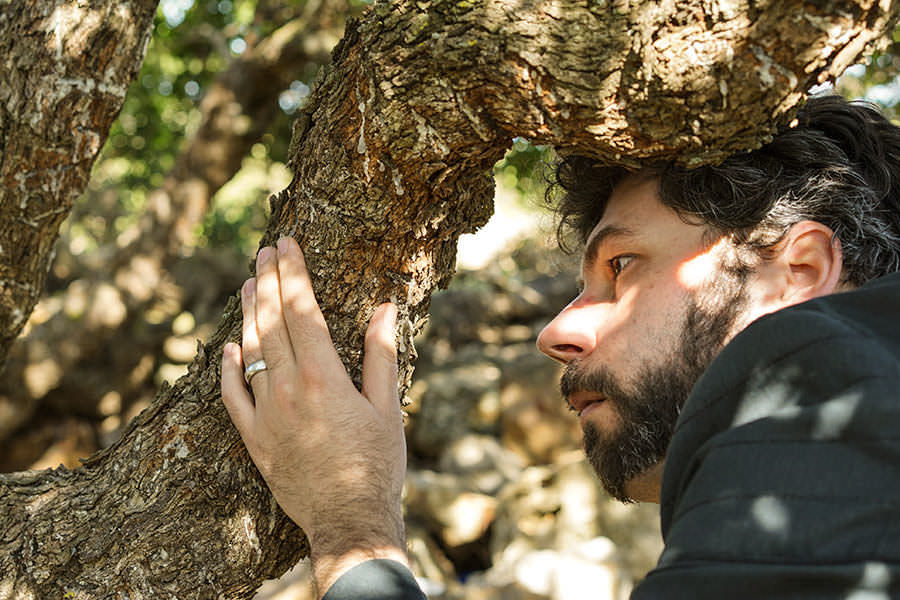 About 3,000 years ago some weirdos decided to pull the sap out of mastic trees and the whole thing started. In fact, the island’s complex ecosystem supports an incredible variety of exports, including citrus, honey, wine, herbs, and sea captains, but mastic is the one product whose legend has persisted throughout the ages. The mysterious and beneficial sap can only be harvested on the southern half of the island. Merchants and adventurers have, for millennia, absconded the tree only to find their transplants wither in seemingly similar climates. Mastic has long been valued for its culinary, medicinal and cosmetic uses. The potent combination of restricted supply and diverse demand made Chios one of the great centres of wealth in antiquity.

Such prosperity attracted more than mere chefs and merchants, and the avarice of Chios’ many invaders is written on the scarred stone of the island’s many castle walls. Its conquerors are too numerous to recount, but include both Roman Empires, a Genoese corporation, and a Sultan’s consort. Pirates, too, raided the island with such regularity that their return became part of the pace of life like the changing seasons. These attacks gave birth to the variations that make Chios so fascinating. Chians were forced behind walled complexes, where individual customs and dialects could gestate over centuries of intermittent commerce and warfare. Further, each successive party brought with it language, customs, construction methods, and government, creating a many layered culture that would drive an anthropologist insane. 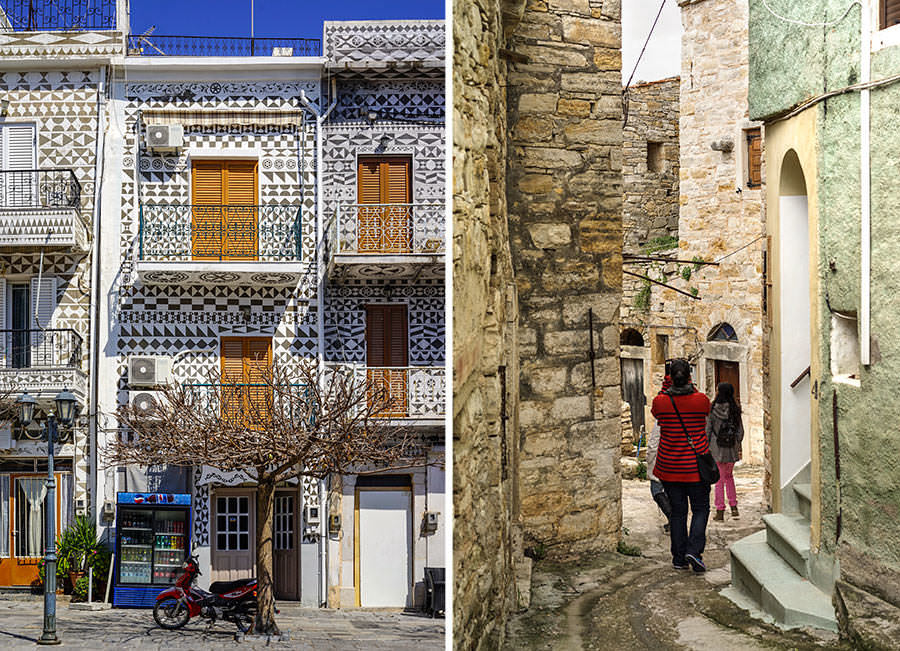 Still, the island can be roughly divided into four quarters, although each section is varied in itself. The arid north produces herbs and olives. The southern plain, blessed with rain, is known for mastic, citrus, herbs, and colourful walled villages, each boasting more beauty than the next. The rocky western half of the island is sparsely populated, but is dotted with hidden, solitary beaches and inlets teeming with fish. The east, which is in constant view of Turkey, is where most people live. Indeed, the large city of Chios, right at the eastern center of the island, faces towards its largest trading partner, ready to receive its daily dose of tourists and Turkish revellers. 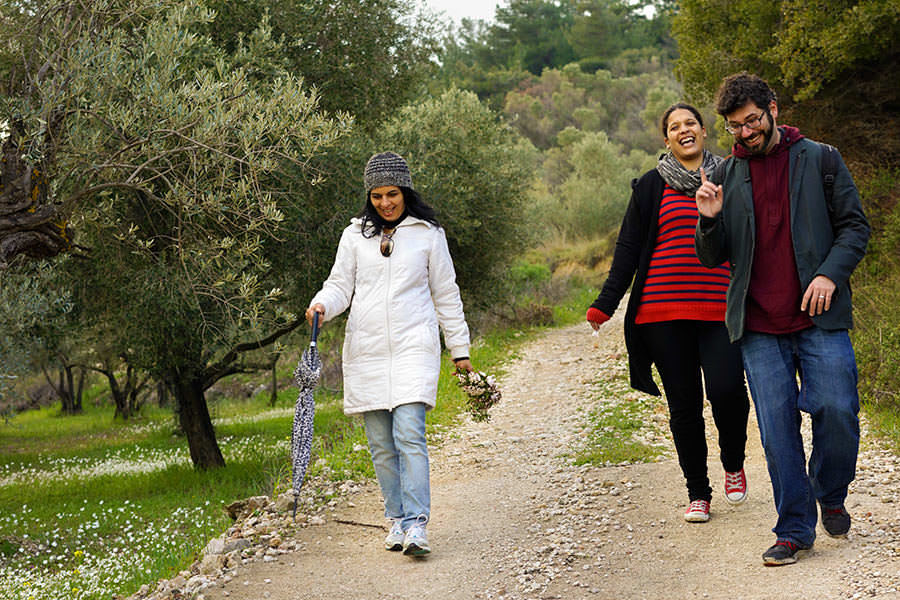 Landing in Chios presents an immediate challenge. North or south, east or west. Old or new, city or country. Chios resists easy comprehension with quiet defiance. However, its greatest challenge for travellers is also its greatest asset: it is simply impossible to see it all in one visit, much less one lifetime. Just pick a direction and go.