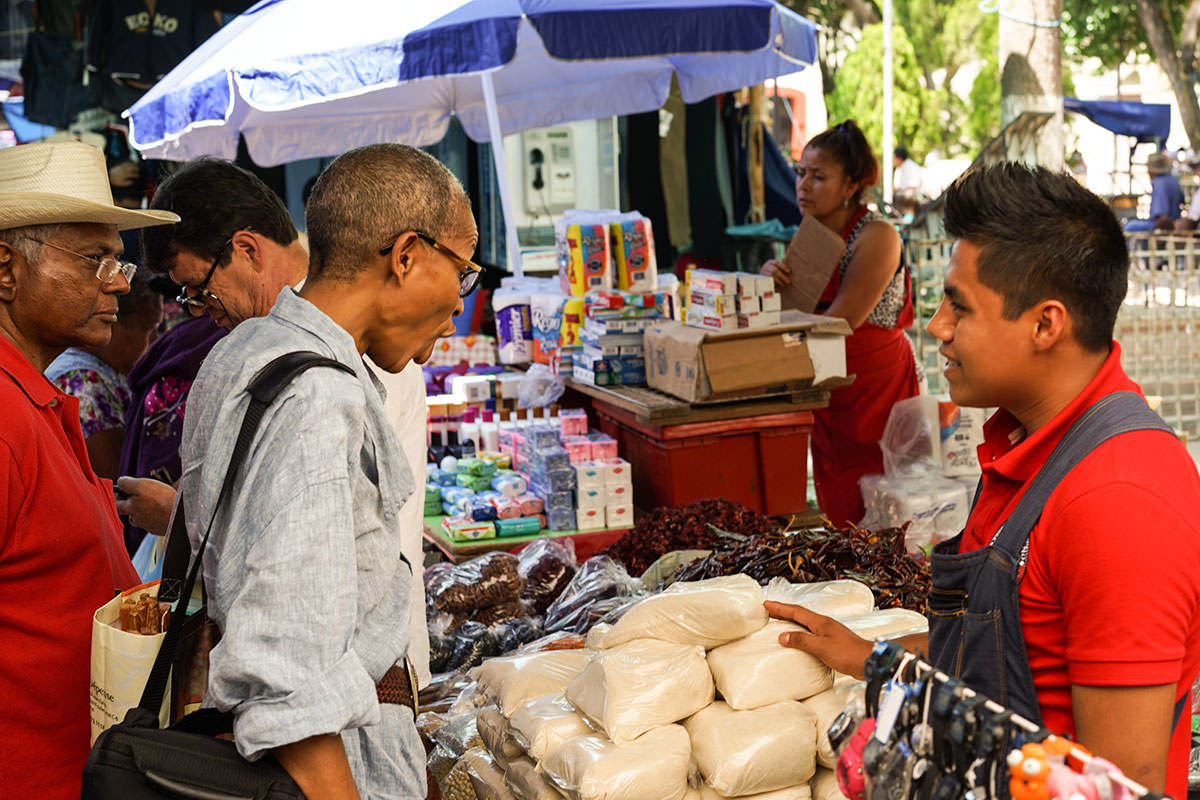 We were recently visiting the South-eastern region of Mexico in the state of Oaxaca where we have often gone spice hunting.  This trip was to be strictly recreational however, but I’ll admit that some habits are hard for us to break, and travelling without a clearly stated objective remains a cherished practice that we‘re not ready to rid ourselves of quite yet. And like with any bad habit, we try to get other people doing it too. This time it was our old friends from Sri Lanka, who were coming to Mexico for their cinnamon business.

We had some pretty loosely-stated objectives from the start, but actually it turned out that a good market meander was just what we, and our cinnamon-growing friends, were looking for in Oaxaca. When we arrive somewhere, anywhere, we usually take a couple of days to acclimate by visiting local produce or artisanal markets, because for us, people, what they eat, their culture and above all –their stuff – are the ultimate attractions. These markets are alluring because its usually in one, or sometimes all of them that our travel missions, if heretofore unknown to us, reveal themselves. 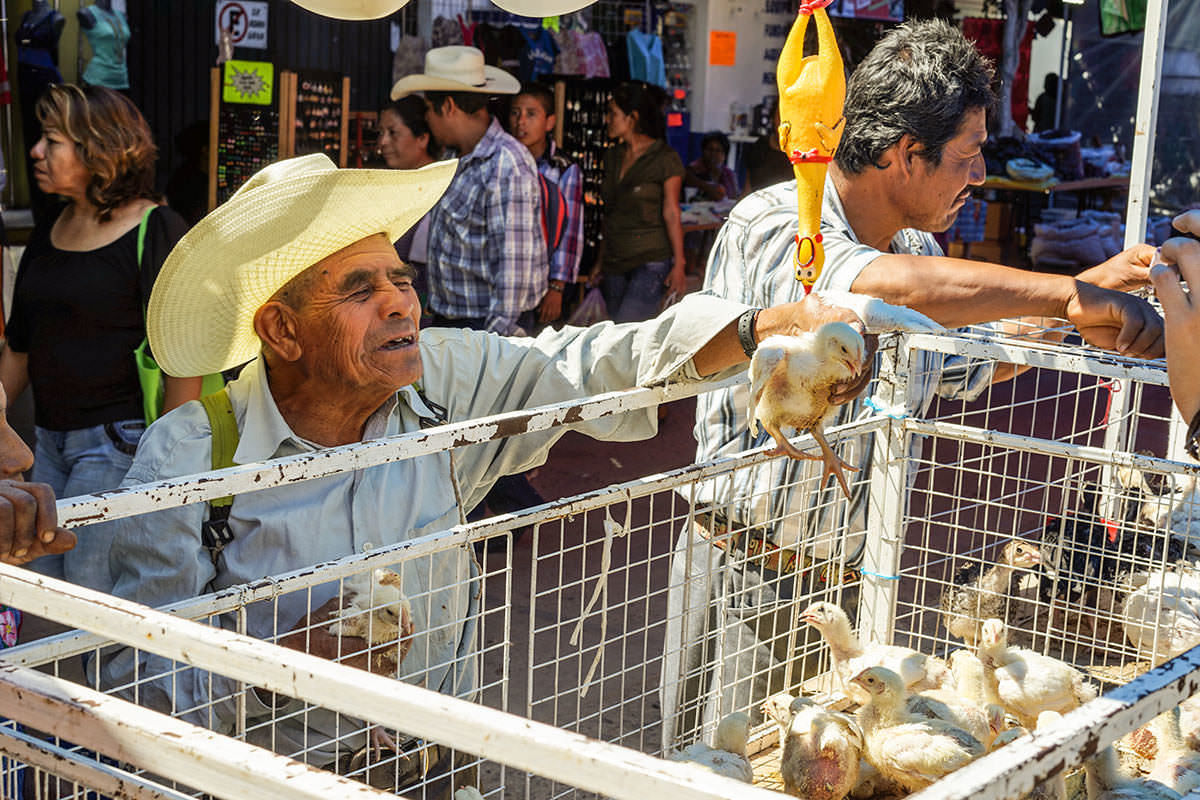 As it turned out, this last trip to Oaxaca was a kind of a mission in itself, as our friends Deepa and Sanath were set to join us at the end of their annual business trip to Mexico City. Mexico is the world’s largest importer of Sri Lankan cinnamon, and as Deepa and Sanath are Sri Lanka’s second largest cinnamon exporters, they had, until now no reason to visit places other than the capital.

It was to be our first vacation with our friends outside of Sri Lanka or Québec, and we were thrilled to be able to help guide this lovely couple on their first taste of what we consider “the other Mexico”.  The opportunity to show them the numerous regional markets where most of the cinnamon imported from their homeland was on sale proved irresistible.  Apart from the market tours, we had plans to dine at some eateries that served traditional Zapotec food, (Mole Negro anyone?) and we even had a list of local artisans who lived and worked in the Sierras which we thought would be of interest to us all.

The market visits were not as extensive as we had hoped, as Deepa and Sanath were a little under the weather by the time they joined us in Oaxaca. We did make it to the Sunday market in Tlacolula where Sanath was visibly underwhelmed by the quality of the cinnamon that vendors had on display.  His deception encouraged him to vent freely about the increasingly inferior cinnamon being dumped on foreign markets lately. Regardless of the quality of the cinnamon plant, there should never be hair in a cinnamon stick. His point was well taken as the cinnamon sticks that we saw for sale in no way resembled the well cleaned, hand selected quills that he provides for us here at Spice Trekkers. 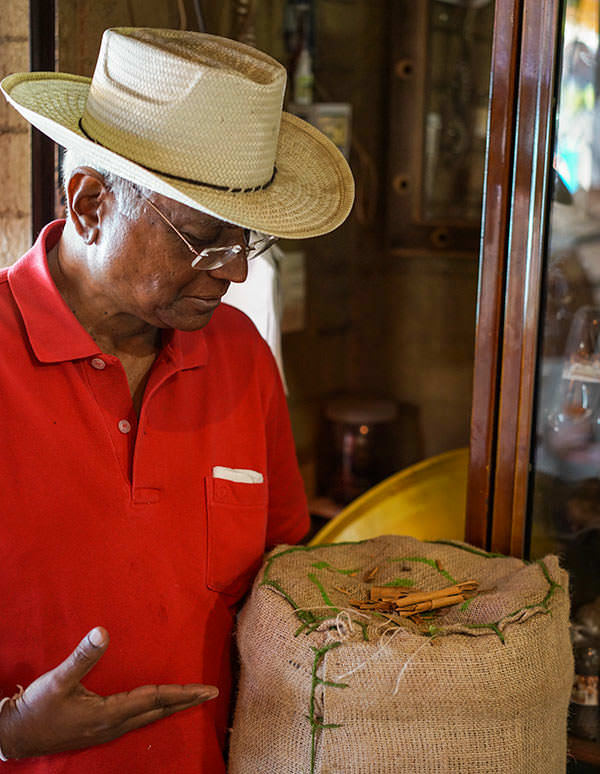 In any business, it goes without saying that price is an important consideration, but it is hardly the only one.  Sanath’s visibly growing frustration in the market in Tlacolula stemmed not only from the excessively poor quality of the cinnamon he saw, but also from the realization that his country’s main export was being denigrated by the questionable practices not only of the people exporting from Sri Lanka, but also by the greed and/or ignorance of those who accept and distribute products that they know to be inferior.

I could well understand Sanath’s frustration, because I too remember when what we found in the markets of Oaxaca were the best that Mexico and the rest of the world had to offer. Tortillas were hand-made with real masa,  soaked with cal to release the nutrients in corn that makes consumption easier; chilies actually grew in the highlands as well as in certain surrounding valleys and were definitely not imported from China and heaven knows that corn was not tampered with so as to produce the consistent, supposedly worry-free varieties that we have become so used to and in fact demand.

Our time together was short but most enjoyable and enlightening. The sheer joy of witnessing, first-hand, the touching, un-staged interactions between people who have only their humanity in common, was well worth it. Our unplanned market visit taught us about the modern cinnamon market and cinnamon quality. It gave our friends a chance to see a side of Mexico they were unfamiliar with. But most importantly, it gave all of us a chance to meet people from different cultures in a casual and open setting where we could really get to know each other. What do Sri Lankan Buddhists and Oaxacan Zapotecs have in common? Everything but the same dictionary. 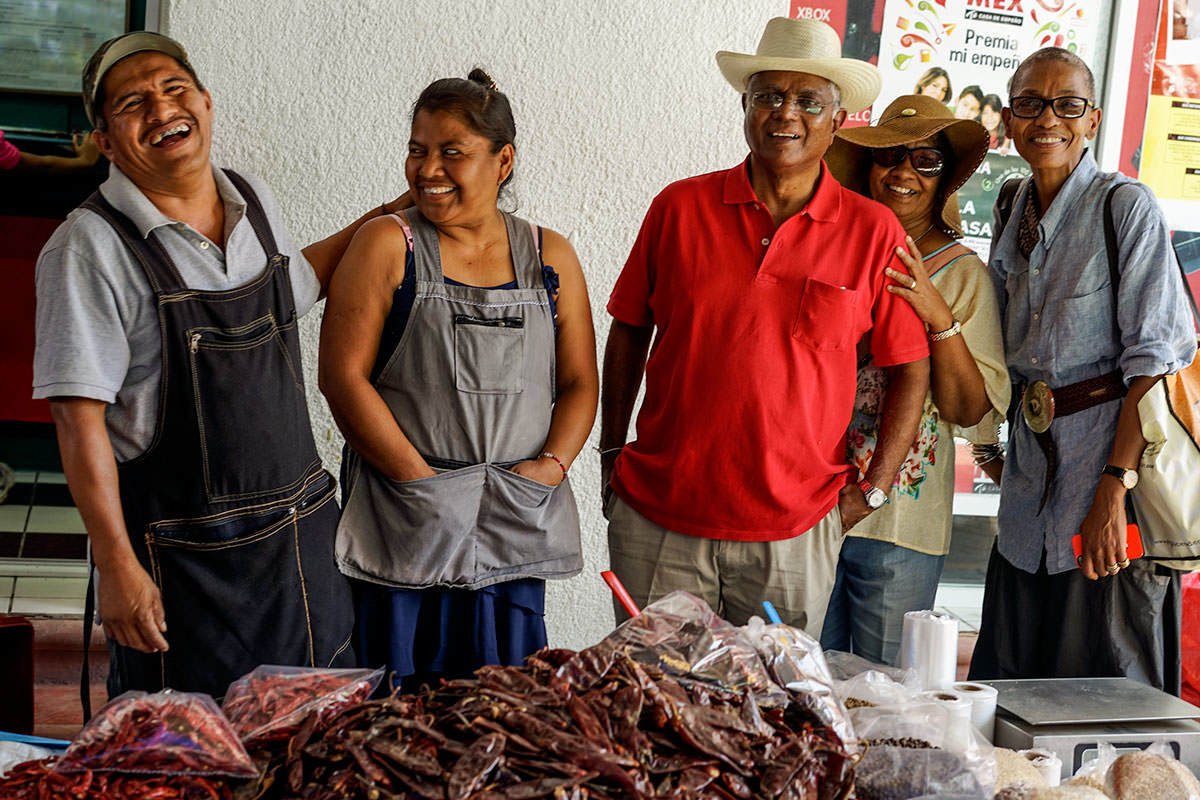