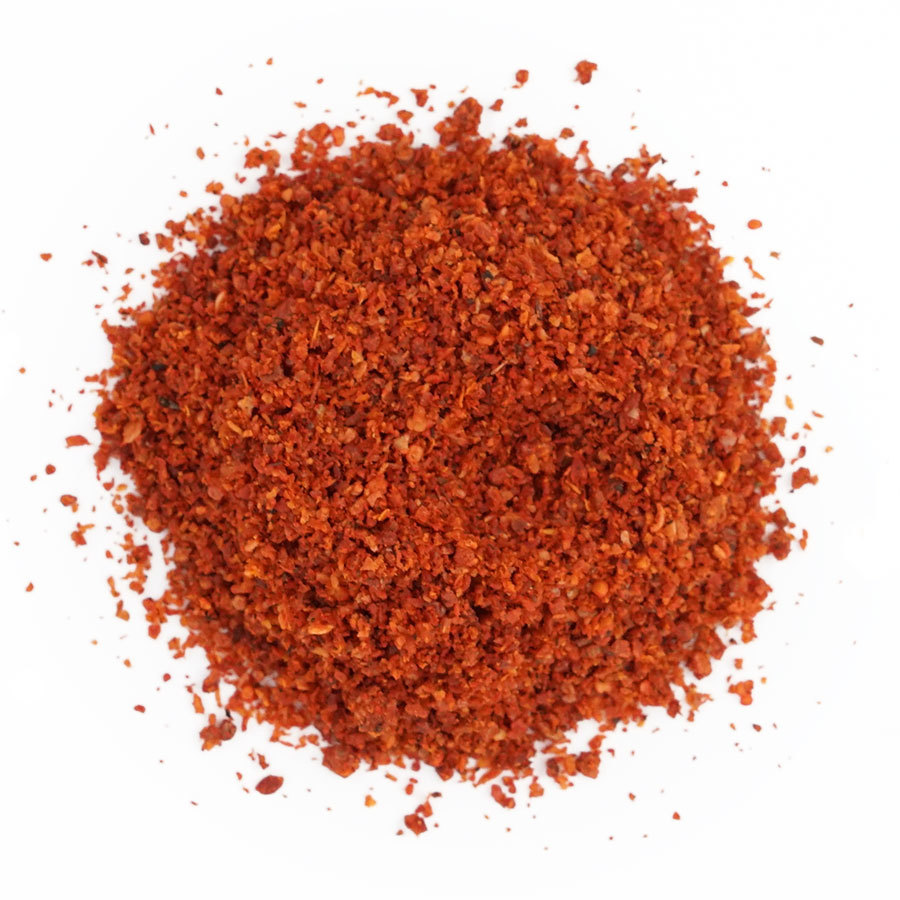 Real Syrian pepper, harvested in the region of Aleppo. Fruitier than the one from Turkey. This pepper can be used in a variety of dishes, wonderful during cooking or as a finishing touch.

Aleppo pepper is the “go to” spice used to perk up and add fragrance to many traditional Middle Eastern dishes. It’s rich and fruity fragrance is relatively piquant – yet not to the extent of a cayenne pepper. Absolutely delicious in meat and fish marinades, on potatoes or steamed vegetables to give them a punch. Could simply be left on the table during a meal, allowing each guest to serve themselves according to their taste.