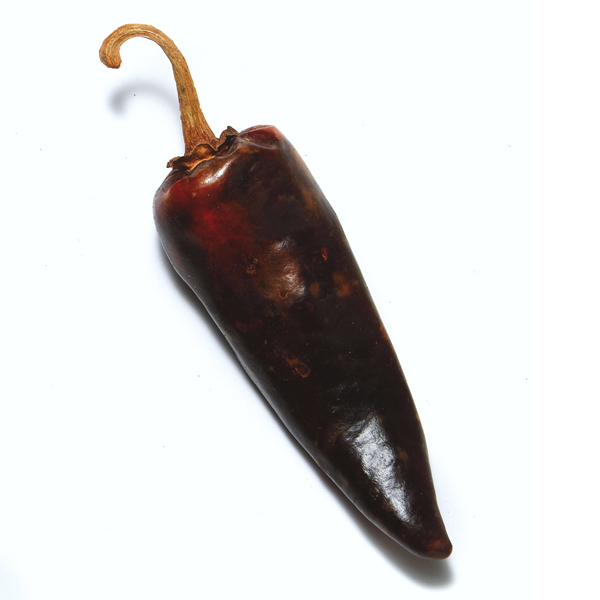 An ancient chile from the Cañada valley of Oaxaca. Very rare!

The Chicosle chile is probably one of the least known chiles in Mexican cuisine. It’s found throughout the state of Oaxaca, where its principal use is in traditional moles such as Mole Amarillo and Mole Coloradito.

In Mexico, it has long been used, not only for its vegetal, fruity fragrance, but also for its colouring capabilities. It adds a distinctive, unique yellow-orange hue to soups and sauces. It's often infused in oil, at the beginning of a recipe, to dispense its flavour as well as its colour.

Chicosle chilies are becoming extremely rare because cultivating them is very costly. We continue to work in tandem with the best Oaxacan producers to ensure that this rare chile – alongside other ancient varieties – will regain a certain popularity, that will hopefully guarantee their continued cultivation.