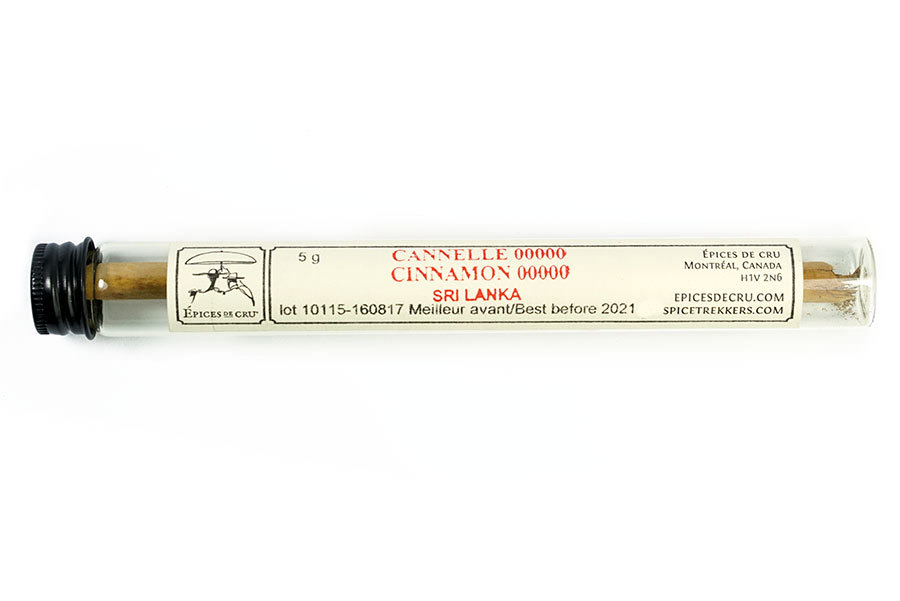 The best cinnamon available. True cinnamon, as opposed to cassia, comes in a number of grades, including Mexican, Hamburg, and Alba. It is further subdivided into grades ranging from 0-00000 (00000 being the thinnest quills). This cinnamon is a 00000 Alba.

The quills of 00000 Alba Cinnamon are so thin that they crumble to dust when rolled between the fingers. Like pepper, a pinch of this true cinnamon is enough to improve all sorts of dishes. It can be used in liberal quantities in desserts, curries, slow-cooked dishes and baked goods. It’s also great on lamb, pork, and in salad dressings.