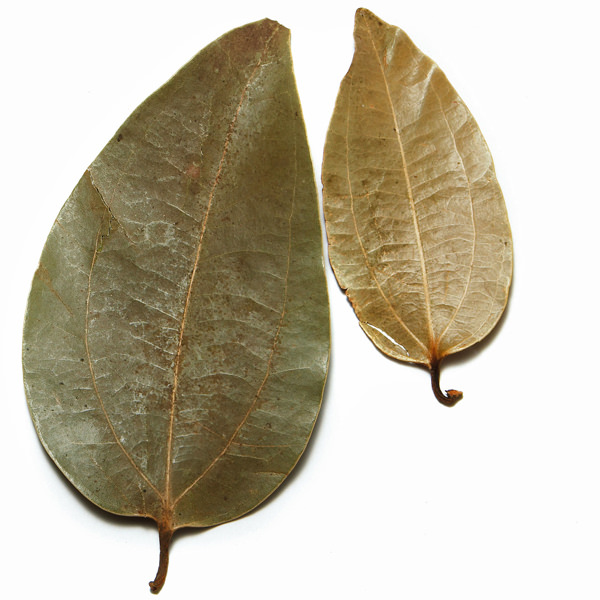 Subtle aroma of clove and cinnamon. Used the same way as bay leaf. Cinnamon Leaves are used whole in Indian and West-Indian cooking.

Cinnamon leaves add a subtle aroma to many Indian rice dishes, such as biryanis. When blended with cloves, green cardamom and black pepper, Cinnamon Leaves make a wonderful seasoning for pilafs. Often used in stews, slow-cook recipes and in curries made with coconut milk. A great bay leaf substitute for your pantry.