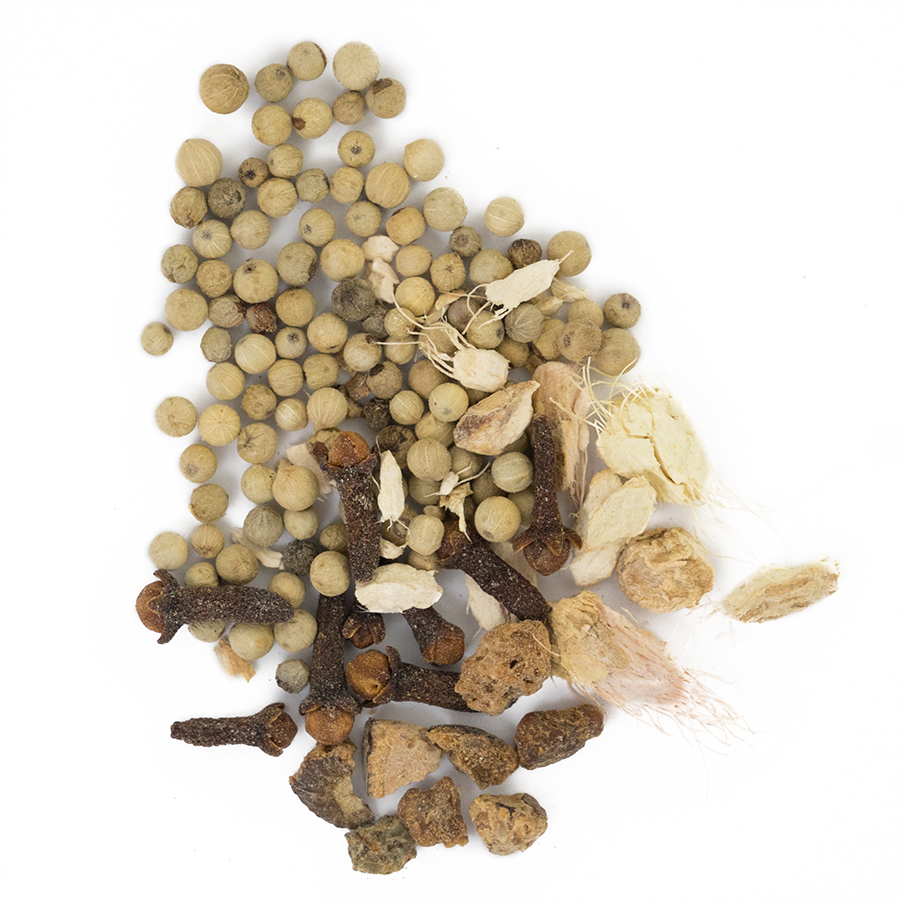 French Four Spice blend, not to be confused Jamaican allspice (or quatre-épices), is a traditional blend used in classical French cuisine. There are many variations and some even incorporate cinnamon. For a long time, it has been used in the making of charcuteries such as sausages or country patés. It also lends itself well to meat-based sautés, stocks and wine sauces. Its peppery fragrance is rich and is reminiscent of spices traditionally used during the Holidays. Sometimes used in desserts such as Gingerbreads.