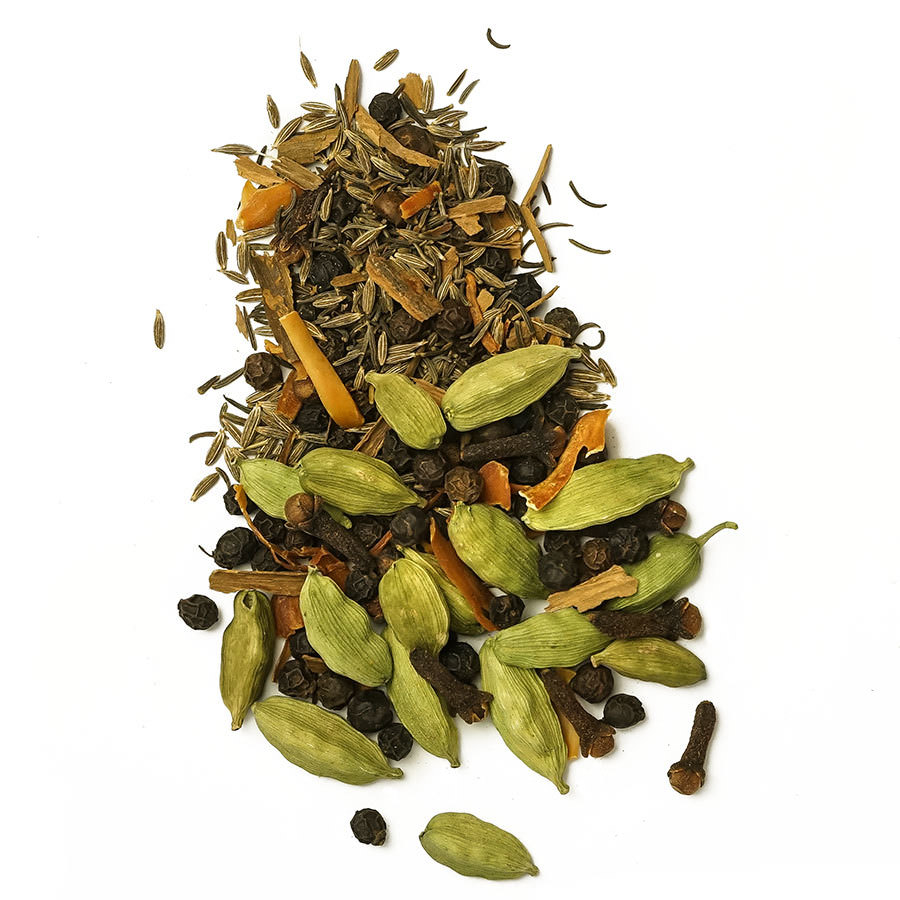 Garam Masala is a warm spice mixture that is by far the most widely used throughout India.

Its versatility is legend. It can be added at any point of the recipe - as a flavor base during the initial steps or sprinkled as a garnish at the end. No single Garam Masala recipe exists. In India there is a proverb “100 families, 100 masalas.” Cinnamon and cloves are two flavors at the forefront of the blend.

This version is a typical Central Indian-style blend of black peppercorn, clove, mace, green cardamom, cumin and cinnamon. It’s sure to become your go-to Garam Masala.

Grind Garam Masala into marinades and sauces. Particularly good when used as a finishing touch to most vegetable or meat dishes. Its sweet, peppery taste will give warmth to any dish or curry.