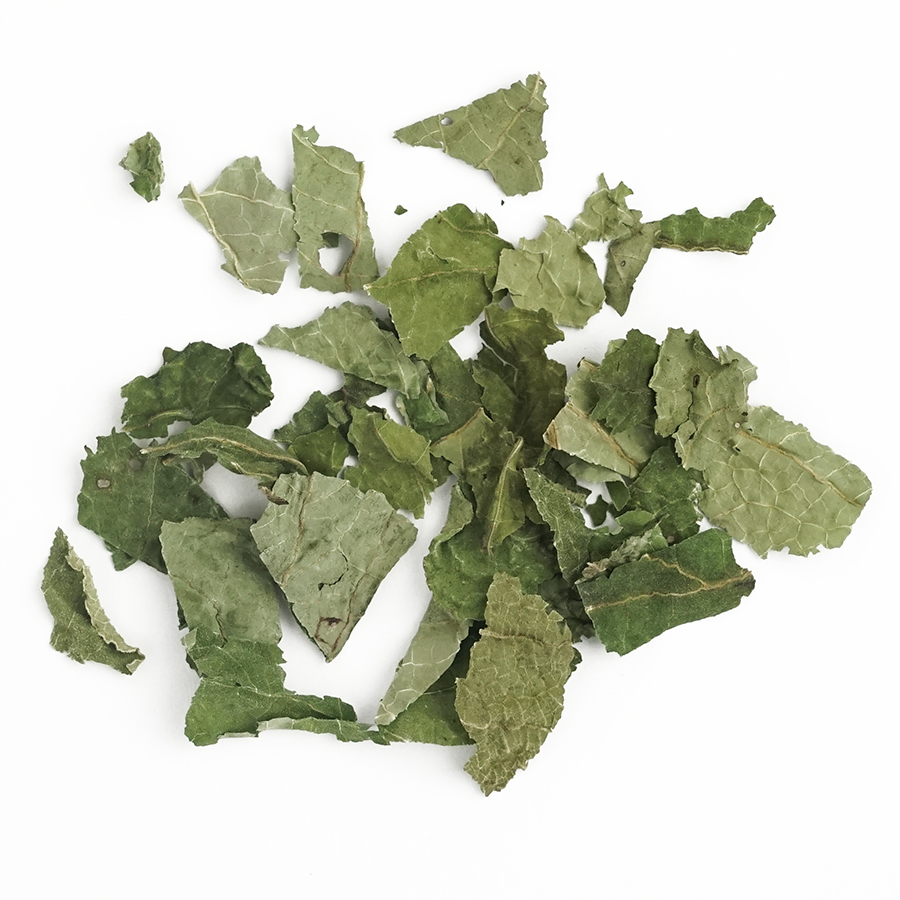 Hoja Santa which means holy leaf in Spanish, is an indigenous Mexican plant. It’s consistently used in regional specialties throughout the states of Veracruz, Oaxaca, Chiapas and Tabasco.

Hoja Santa leaves have a unique fragrance reminiscent of black pepper, licorice, eucalyptus and tarragon. In the southern United Sates, the plant is referred to as root beer plant, because of the similarities evoked by the drink of the same name.

In Mexico, the large, fresh leaves are used to wrap a variety of tamales before cooking. They’re also used in recipes such as mole Verde or mole Amarillo and in Pozole soup. Hoja Santa is also used in Puebla to make pipian verde, a dish that showcases a sauce made with pumpkin seeds.

Once dried, Hoja Santa can be used to perk up tamales or stuffed chilies. It also pairs well with garlic and cilantro, as well as with tart ingredients such as limes or tomatillos. A delicious spice for marinades and fish and seafood sauces.