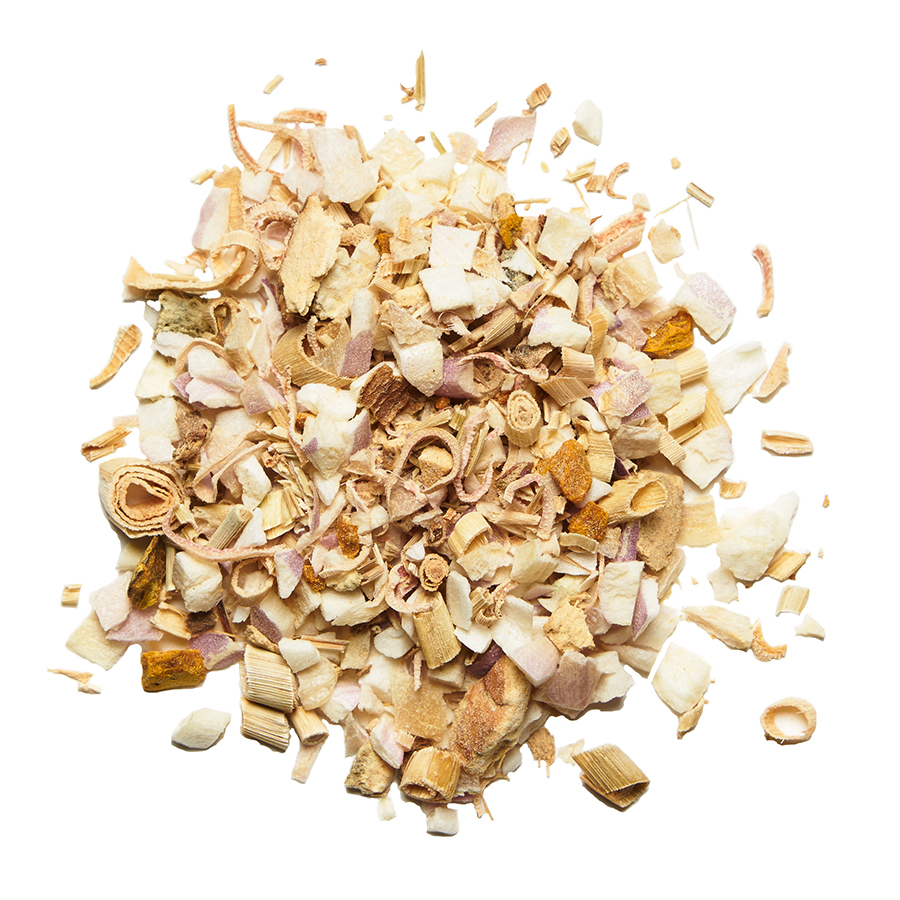 Cambodian cuisine (or Khmer cuisine) is often considered more rustic than its Vietnamese or Thai counterparts. It is however a rich, flavourful cuisine which is greatly influenced by Thai, Chinese and French culinary cultures. There is a copious use of spices such as galanga, lemongrass, shallots and turmeric – fresh and dried – as well as a variety of fresh herbs.

Our Layover in Cambodia spice blend was inspired by Kroeung, a spice paste very similar to curry paste; a large variety of which is found in kitchens and markets throughout Cambodia. Each family has its own Kroeung recipe, which is modified depending on the type of dish being prepared; soups, stews, curries, grills, etc.

Bursting with lemongrass and Kaffir lime notes, this chili-free blend is perfect for fish, seafood and poultry curries. It can also be used as a base for the famous Amok Trey – an emblematic recipe of Khmer cooking – or vegetable, sauteed noodles with a hint of soya sauce.

Travelling has never been easier! With the addition of Layover blends to our spice line, we wanted to recreate the flavour profiles that mark our memories after a short stop-over in any country. We were naturally inspired by existing culinary traditions, so we assembled the recurring fragrances from each cuisine, enabling us to fine-tune these aromatic and polyvalent blends, which add an exotic fragrance to recipes, from the simplest soups to the most elaborate, festive dishes.