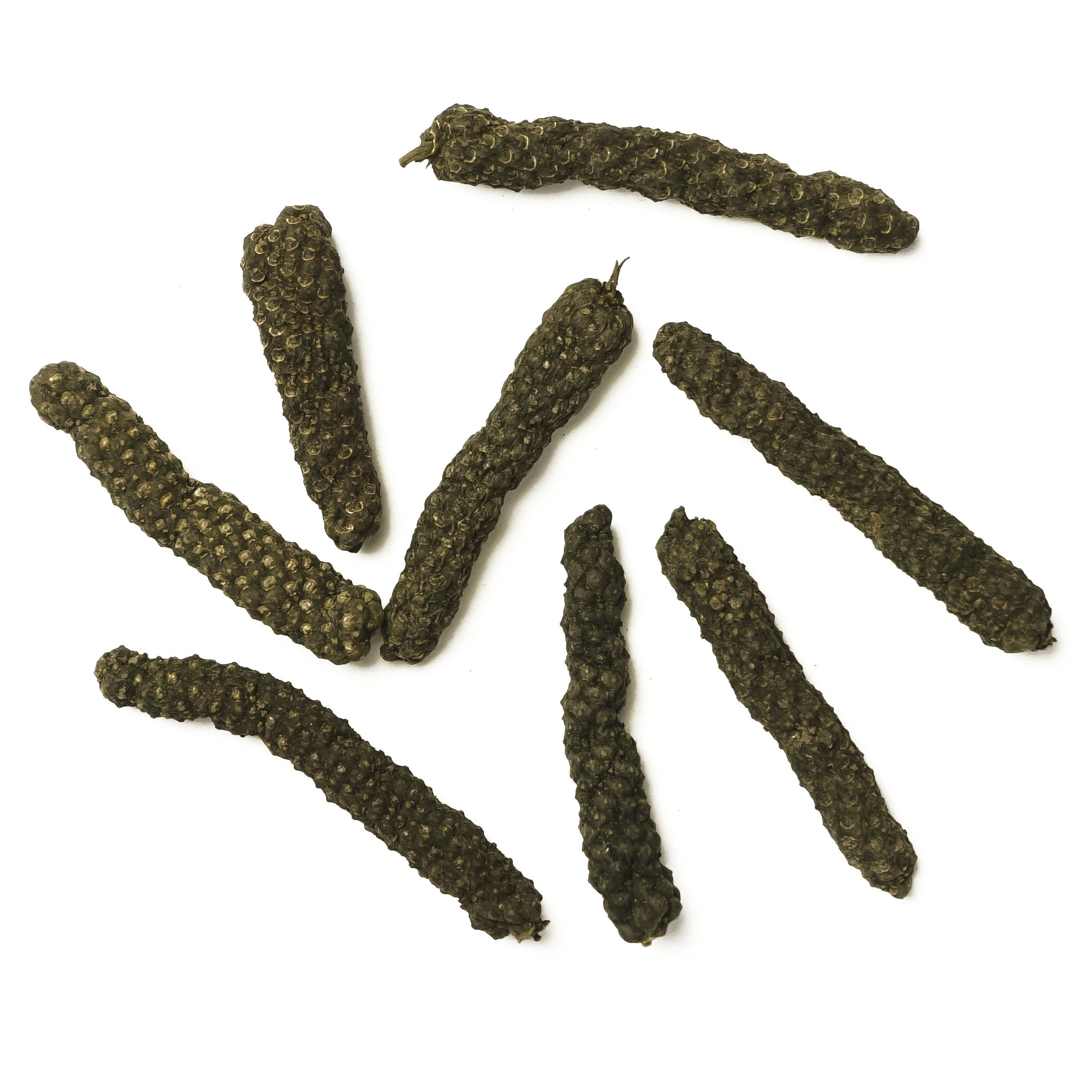 A surprising pepper of exceptional quality, with a complex and fruity fragrance.

Long pepper is part of the same botanical family that gives us green, white, and black peppers. Very popular during Roman times, it is now regaining popularity in the hearts of pepper fans after centuries of neglect. Grown on the island of Java, in Indonesia, this pepper is less acrid and a little sweeter than varieties grown in India or China, and is much fruitier as well. In Indonesian cooking, it’s often incorporated in traditional bumbus, which are the aromatic curry pastes made from dry and fresh spices, a little like Thai curry pastes. Long pepper is great just like black pepper- in dishes with red meat or game, or in soups and stews. It can also be used to elevate many desserts.