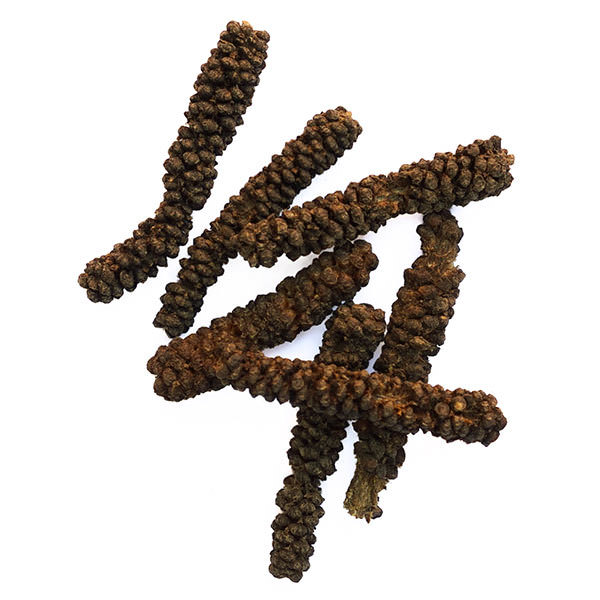 This pepper grows wild in East Africa, but is almost never seen outside of the continent. This crop was harvested in the wild coffee forests of Kafa, at a UNESCO biosphere reserve. In Ethiopia, long pepper is most often used in spice blends like Berberé, in meat stew (wett) and also as a traditional medicine. While it is, botanically speaking, a true “pepper”, it is considerably less hot. It is deeply aromatic, camphorous, and invigorating, but is less fruity and sweet than its Asian equivalent. Since it’s grown in a less than ideal climate for sun drying, long pepper is generally dried near an open flame, so it has a marked smokiness. Great in braises, be they poultry or fish, and with any kind of game meat.