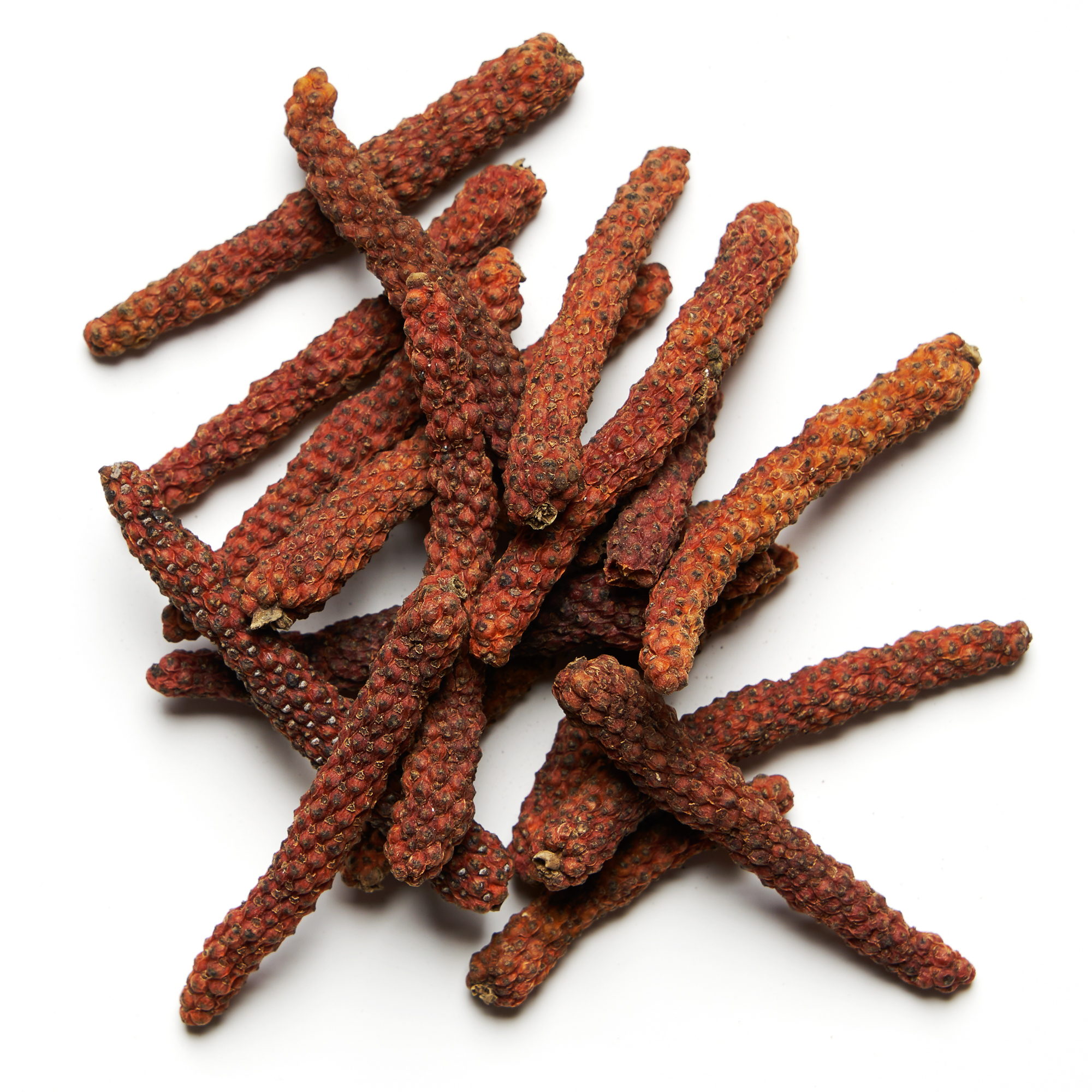 This long pepper is harvested once fully mature, from two small farms found in the highlands of Central Vietnam. It is sun and machine dried, which allows it to conserve it spectacular colour and its rich, ripe fruit perfume.

Red long pepper has a bold, woody aroma reminiscent of mild spices such as cinnamon. Its peppery taste lingers in the mouth but is toned down by the notes of dried fruits and honey, alongside a slight hint of natural tobacco. Beautifully compliments red meat, game, duck, red wine or Port sauces. Couples well with herbs like rosemary, stews or sweet and sour dishes. In Indonesian cooking, long pepper is an integral part of complex spice pastes as well as a wide variety of curries. Its fruity taste blends well with citrus and dark chocolate.

Long pepper is a family member of the vines which produce green, black and white pepper. Extremely popular during Roman times, it lost favour and was almost forgotten in the West however, it seems to be making a comeback among the growing throngs of pepper lovers around the world.