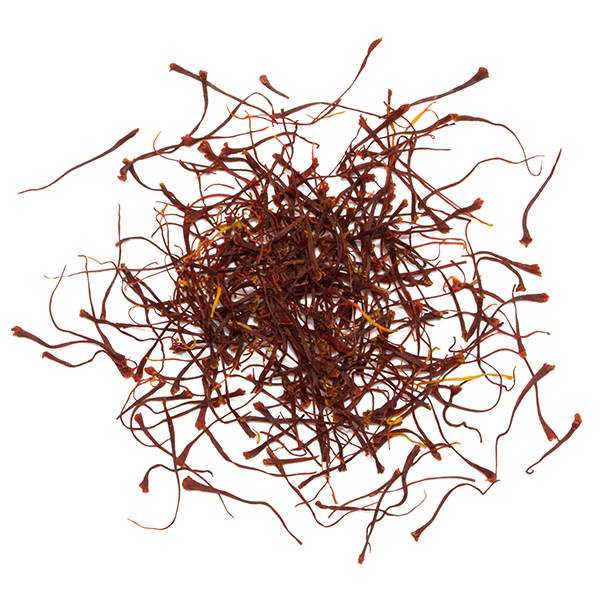 This genuine Spanish saffron grows in southern Spain, in the Altiplano region of Grenada at an altitude of 1,000 meters. The terroir is ideal for growing this, the most emblematic spice of Andalusian cuisine as it traditionally favours this particular spice and inimitably contributes to the unique fragrance of its pistils. By its smell alone, it’s easy to understand why Andalusian saffron has for so long enjoyed its well-earned reputation of being the best in the world. Excellent for rice and seafood dishes, paella naturally but, also for fish soups, poultry and desserts.

Saffron was introduced to Spain by Arabs during the Middle Ages. Its culture propagated for many centuries, particularly in the southern part of the country. As a result of the costs, justifiably associated with the labour-intensive cultivation of this spice, Spanish saffron production eventually suffered over the years. For the past 30 years, so-called « Spanish » saffron was however more likely to be Iranian saffron of dubious quality. Producers today have worked hard and managed to recrown this most noble of spices by cultivating it with the old-fashioned attention it so deservers, by adhering to hand-crafted attention to detail – from the beginning to the end of its production – it so richly thrives under.

We owe the acquisition of these precious pistils to Raul, a young Spanish entrepreneur who dedicated himself to cultivating this most emblematic ingredient of Andalusian gastronomy, on land once owned by his grandparents.  After years of research and experimentation, and with the collaboration of like-minded neighbours throughout the region, Raul was able to produce a few kilos of this exceptional and unique saffron.  His, by the way is the only saffron farm in all of Andalusia.