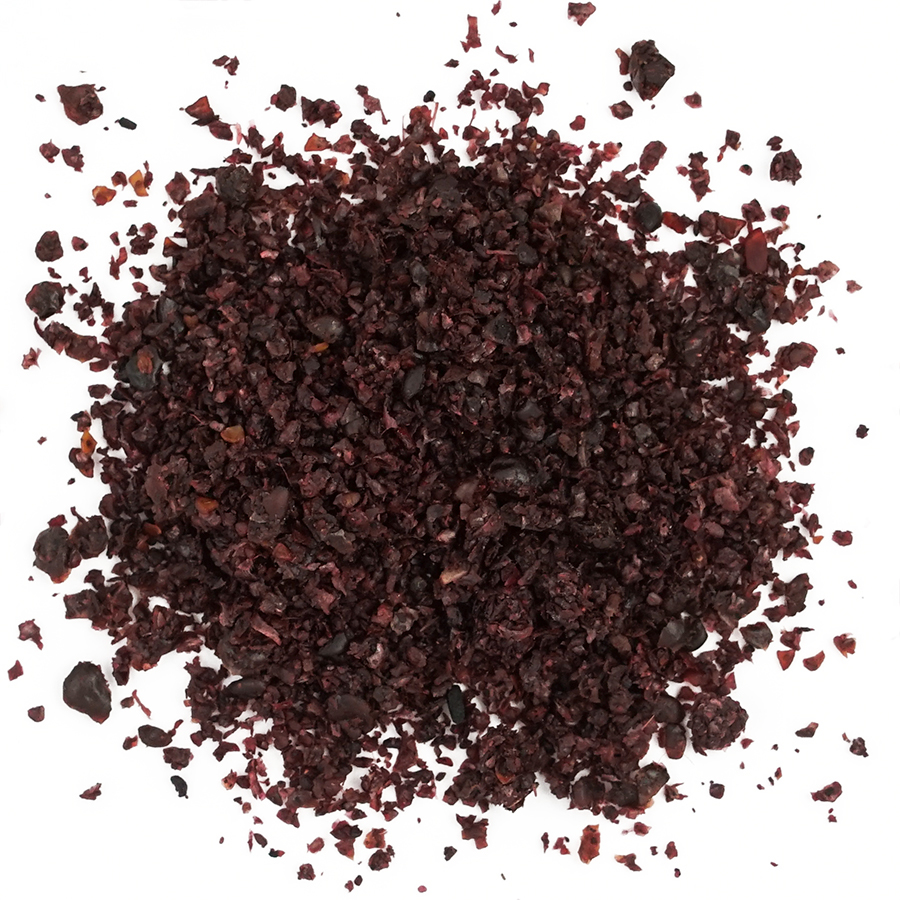 Jordanian sumac has an incomparable fragrance and a tangy taste. Ground more roughly than Turkish sumac, it adds an interesting texture to dishes when used as a finishing touch, just before serving.

Sumac is the fruit of a tree originated in the Middle East. It is traditionally used to acidify and to add fruitiness to fish dishes, grilled meats,  marinades, as well as to vegetable salads. Indispensable to Lebanese, Turkish and Jordanian cuisines, among others. Sumac is also the foundation one the Zaatar spice blend. Use sumac to punch up home-made Hummus or Baba Ghanoush. Also, very tasty when added to a simple plate of cucumbers and tomatoes.