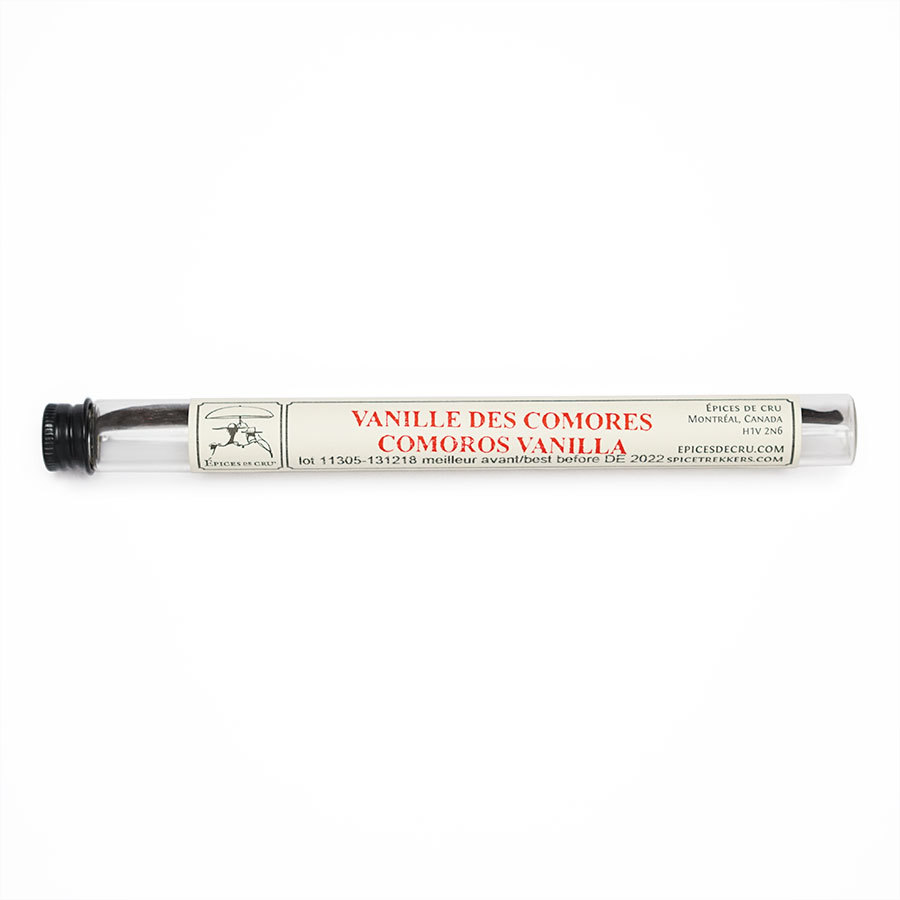 The Comoros islands are an archipelago in the Indian Ocean, just west of the northern tip of Madagascar. The vanilla grown there has a delicate perfume reminiscent of dried fruits and figs,  much like the one from Madagascar. This vanilla is excellent for pastries, cakes, creams and is especially well suited to chocolate-based desserts. It’s also a great addition to a punch or cocktail.

Vanilla is the fruit of a plant belonging to the orchid family. Originally from Mexico, it is now cultivated throughout many regions of the world. Traditionally, it is used to enhance desserts, but when used sparingly, it is surprisingly delicious in poultry, fish or sea food dishes. The most popular way to use the bean is to cut along its length then remove the minuscule black seeds and incorporate them directly into a recipe. Keep the empty shell of the bean to use as an infusion in cream or milk-based desserts. To make your own vanilla extract, place four to six beans in a glass of alcohol (we recommend vodka because its neutral), store securely, then wait two months before using. 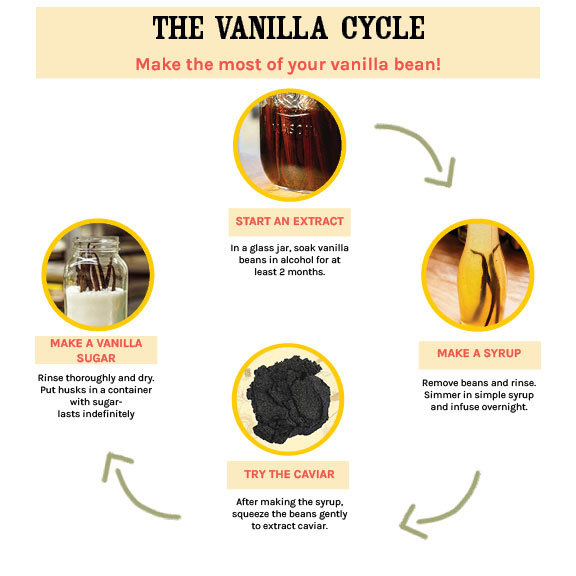