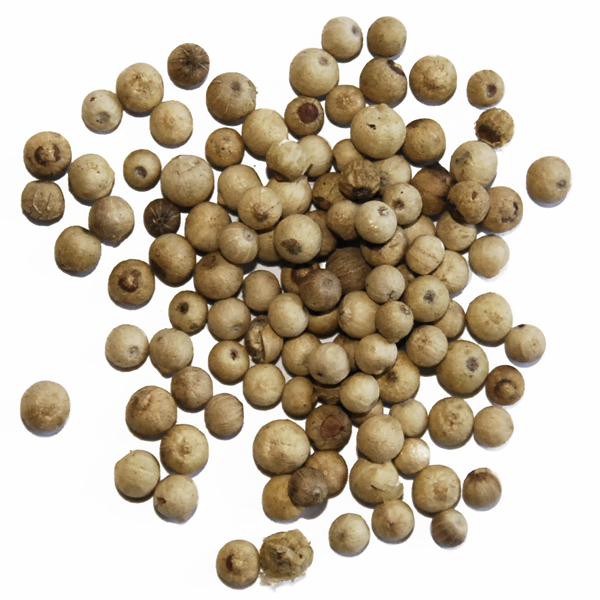 Penja white pepper is considered one of the best peppers in the world. Its bold fragrance is refined yet woody, with complex hints of fermentation. Relatively hot and long lasting, it also possesses a herbal freshness.

Pepper cultivation began in the 1950’s in Cameroon’s Penja valley. This fertile region is renown for its rich and diverse agriculture and is ideal for growing pepper because of its volcanic soil. Even though the Cameroonian production is small when compared to other pepper producing countries, it continues to grow and develop. There are many different Penja varieties, but its white pepper continues to be the region’s most prized commodity.

White pepper is the fruit of piper nigrum, a climbing vine which also produces black, red and green peppers (the maturity of the fruit and drying methods make the distinction). Penja white pepper is harvested at full maturity when it is red and is then left to soak in water for approximately ten days. Its envelope is removed and only the innermost part of the fruit is kept and dried.

Penja pepper farming is regulated by a Protected Geographic Indication (PGI), hence it has to be grown in a precise geographic location and its production must respect the traditional growing methods and local agricultural practices of the designated region.