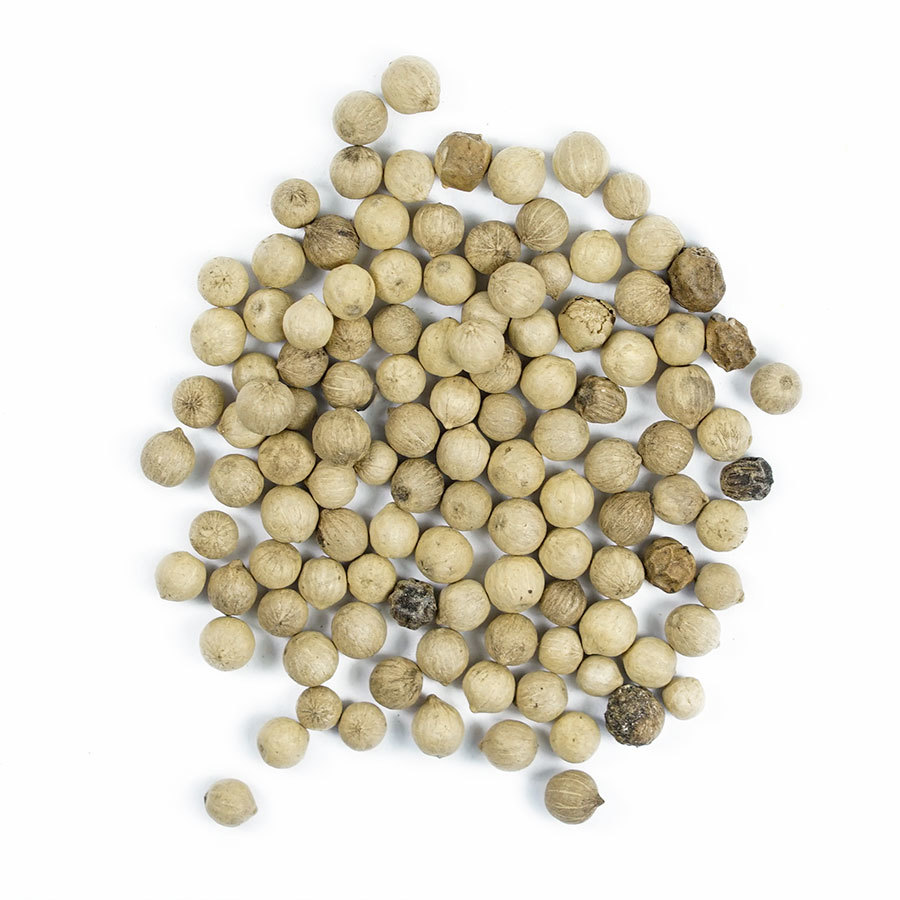 A well-balanced white pepper blend that features a much milder fermented taste than common white peppers.

All peppers come from pepper vines that originate in southern India. Some of the world’s most respected peppers are harvested along southern India’s Malabar Coast, hence the moniker Malabar Pepper.

Épices de Cru’s White Malabar Pepper takes is inspiration from millennia of expert pepper blending on India’s spice coast. Each year, master blenders inspect the year’s harvest and combine those peppercorns that will provide the most consistent and pleasing taste for Malabar Peppers sold around the world.

Our White Malabar Pepper is designed to be even, balanced, and consistently powerful, year after year.

White Pepper’s unique processing makes it much hotter and removes many of black pepper’s sometimes overpowering aromas. This makes it a common ingredient in Chinese cooking, and a necessary part of many European dishes and French sauces.