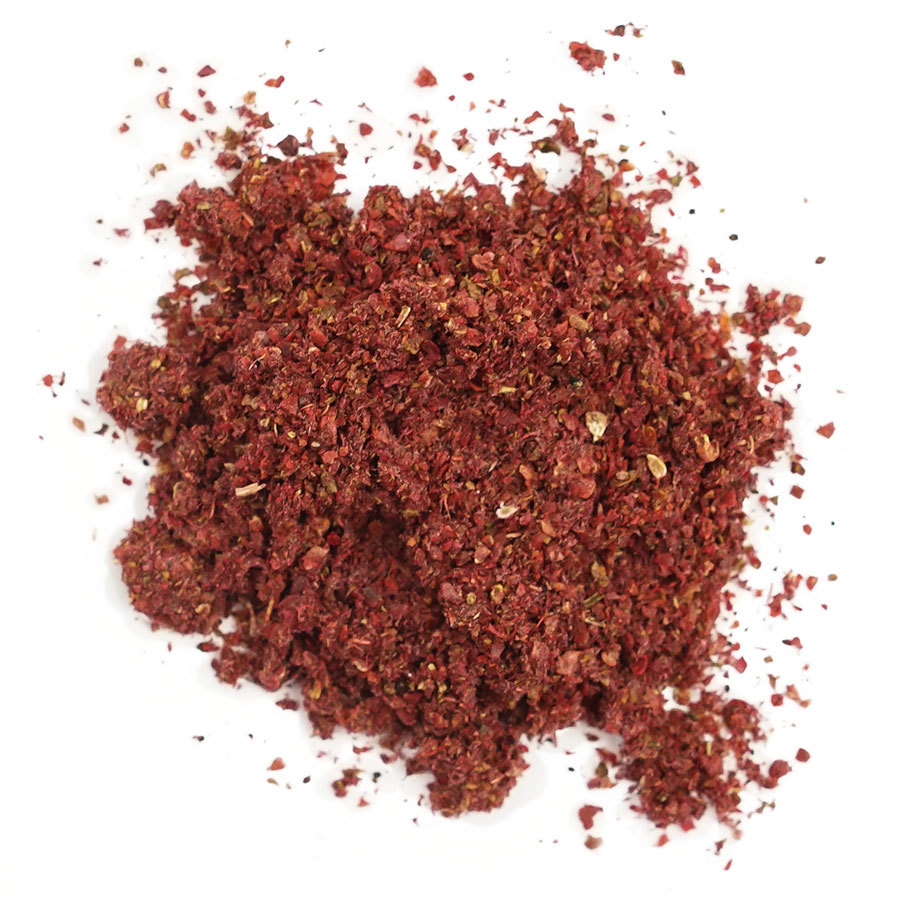 Staghorn Sumac is a shrub, common in Canada, which produces bright red, very sour berries. It’s quite similar to the species of sumac that’s prized around the Middle East for its berries.

Our wild Sumac is harvested around Gaspésie. Its fruit is not pitted before being lightly crushed, and therefore has a rough texture. Unlike most of the sumac found in supermarkets, there’s no salt added to this sumac, which makes its sourness even more pronounced.

In the Middle East, sumac is often used to add a touch of sourness to dishes, not unlike lemon or vinegar. It’s used to finish grilled meat and vegetables, in dips like hummus, or even in salad dressings or marinades. The sour taste of sumac makes an excellent complement to fish and seafood dishes.

Great in salads, marinades, or as a finishing spice for grilling.