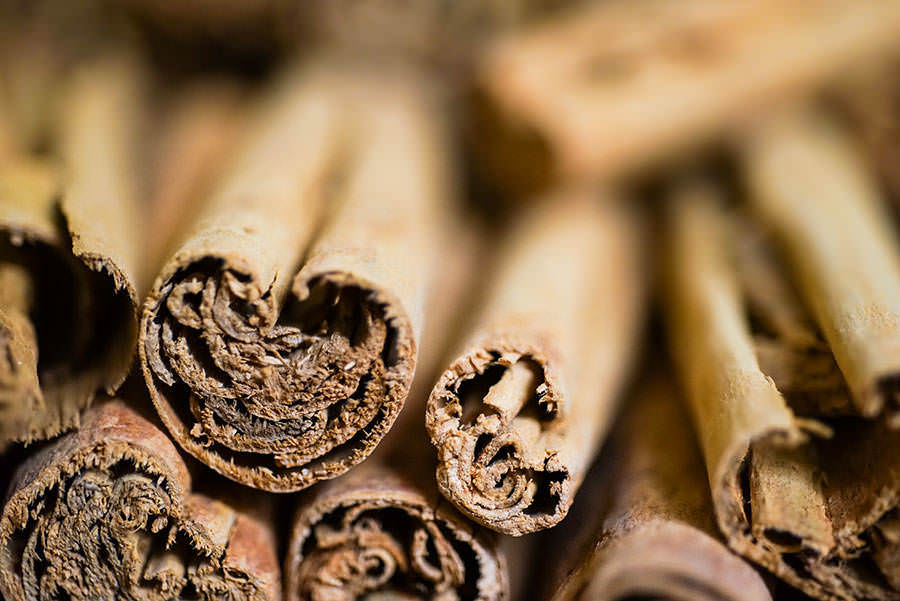 What is so darned appealing about whole cinnamon sticks? We’re not talking about the red-hot, brown colored powder you find littering coffee condiment counters, or the mysterious throat-burning flavor that haunts candies, drinks, and ready-to-eat pastries. No, this is an investigation of the true spice, the classic spice, the flaky, copper quills that have fueled global culinary desire for thousands of years. There’s a reason, or rather many reasons, the cinnamon stick keeps popping up: etched in Greek amphora, featured in Renaissance paintings, and adorning every pastry on Instagram.

The case for whole cinnamon sticks is not a hard one to make. First is the obvious advantage to keeping spices whole: increasing shelf life. Cinnamon sticks can be used differently than ground cinnamon, but can still be ground if you just need a pinch. Beyond the practicalities, a true cinnamon stick is a historical lesson, study in craftsmanship, and sensory delight all rolled into one. Ground or not, it’s a spice that’s bound to stick around.

Before we talk about cinnamon, we should first discuss the sticky subject of “cinnamon.” The word cinnamon is used to describe two different spices: true cinnamon, or Ceylon cinnamon, and cassia, or Vietnamese cinnamon (also called Chinese cinnamon). The technical details are here, but suffice it to say that cassia is a larger and less delicate spice. A few legal loopholes allow the cheaper cassia cinnamon to be sold as true, or Ceylon, cinnamon. You can differentiate the two in a number of ways. 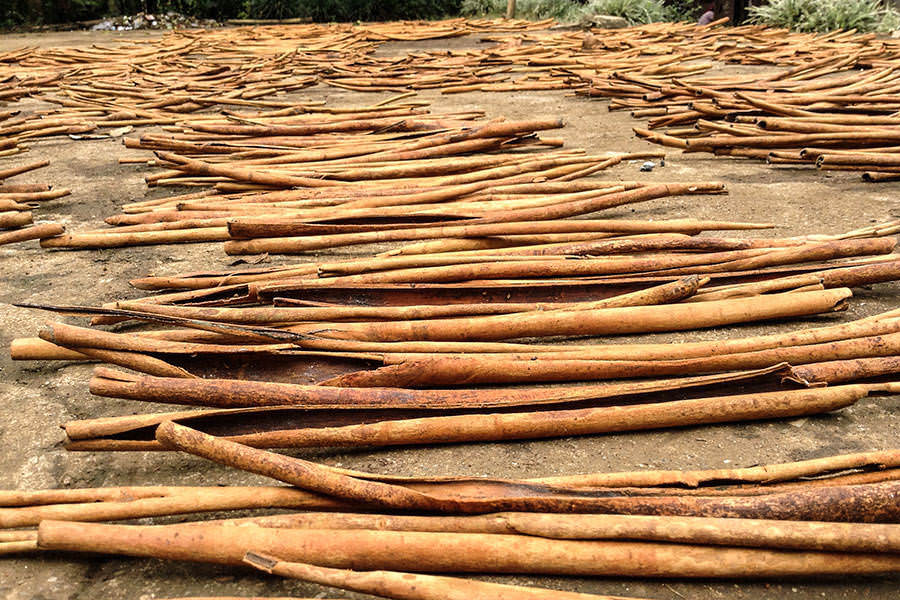 Cassia is a visusally very different creature, with a single thick layer of bark curling in on itself. Cassia trees contain a lot of flavor at full maturity, and can actually improve with age. A 30-year-old cassia tree packs a powerful, long-lasting bite. Cinnamon trees, on the other hand, are harvested very early when their shoots are still supple and young, with concentrated flavor. From the outset, you’re starting with a much thinner bark. 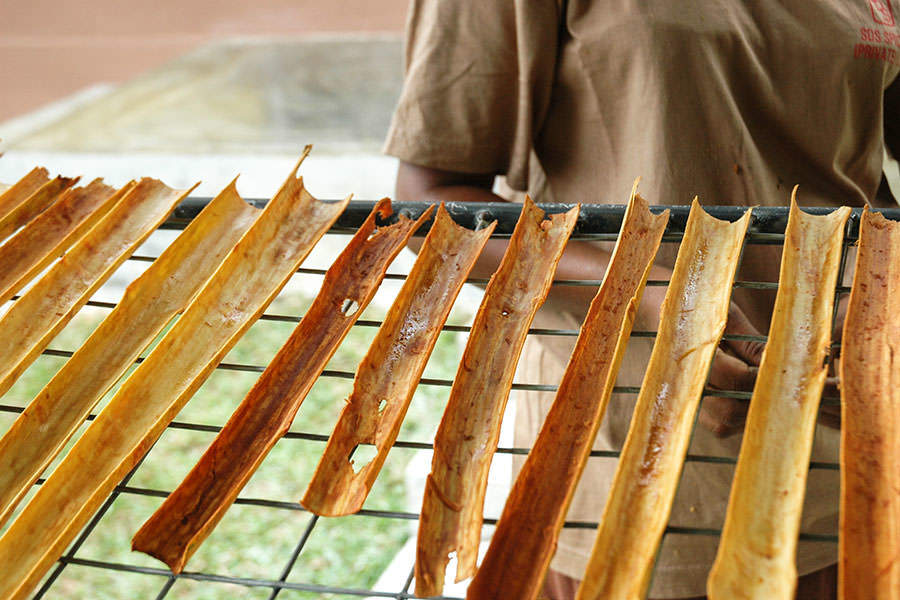 The process of turning a cinnamon tree shoot into a cinnamon stick (technically, a cinnamon stick is called a quill) is highly specialized task. Shoots are first harvested, then the outer bark is removed. Artisans then scrape the length of the shoots to make the inner bark pliable and encourage oil to come to the surface. After being soaked in water, the cinnamon shoots are split down the middle and left in climate controlled rooms to allow the inner bark to separate from the wood.

After a few hours or days, the soon-to-be sticks are rolled onto thin, 42-inch long metal canes and hung to dry for several days. Finally, the finished quills are stored under lock and key: their great value and light weight makes them prime targets for thieves (yeah, cinnamon rustlers are a thing).

The rolling process itself has a profound impact on the quality of the cinnamon and deserves its own section with a pun and everything (I am on a roll after all). Higher grade quills require thin, uniform layers, which can only come from a single, long layer of bark. Any knots or defects in the tree, as well as error by the craftsperson, translate to a short piece of bark, which will in turn become a wide, warped, and lower quality cinnamon stick. 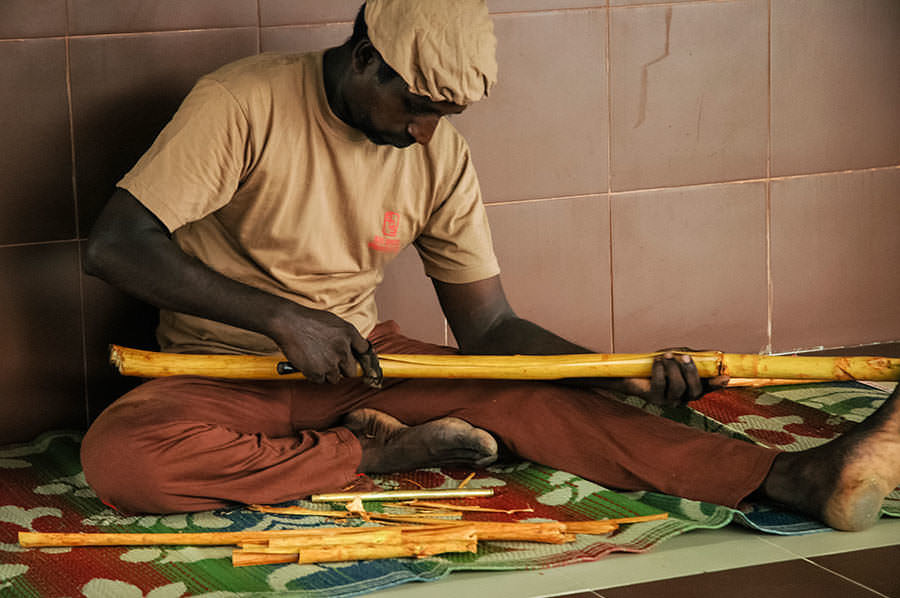 So, as you might imagine, the role of roller is an exclusive one in Sri Lanka. The services of cinnamon harvesters, peelers, and rollers are so in demand that few (if any) plantations are able to keep any on staff. Most cinnamon today is processed by a roving guild of hereditary artisans, who arrive at the end of the rainy season and work for days or weeks straight until they’ve dried as much cinnamon as possible.

What happens with cinnamon shoots that don’t become cinnamon sticks? You may recall that true cinnamon comes from recently grown shoots, so it is possible that an unharvested tree may not yield any cinnamon for years to come. The crop is simply lost. 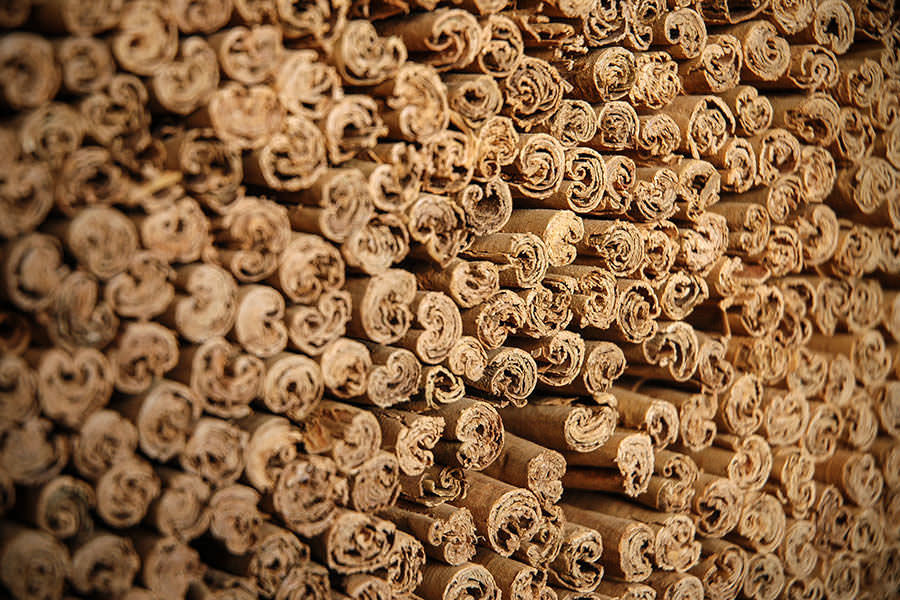 Hidden inside every tiny quill lies this unspeakable craft. From the first harvest to the exhaustive peeling to the precise rolling, a chain of meticulous care transforms an everyday tree into one of the most sought after commodities in history. Behind all this is the threat of error: slice it wrong, roll it too loosely, work too slowly, or come too late in the season and all that effort might as well be compost. It is compost.

A cinnamon bark-thin line separates the most beautiful spice from a pile of compost.